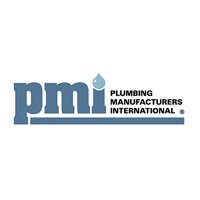 McLean, Va. – Jan. 28, 2021 – Optimistic about President Joe Biden’s agenda, Plumbing Manufacturers International (PMI) moved quickly to work with the Biden administration and the 117 Congress as they began serving their terms in January.

The new administration’s priorities closely align with many of PMI’s goals, specifically supporting infrastructure to improve drinking and wastewater systems, a strengthened EPA program – which includes WaterSense, and international trade and commerce.

“Improving our national infrastructure is a perfect bipartisan issue for 2021 because it brings benefits to all Americans,” said Kerry Stackpole, PMI’s CEO/executive director. “Not only can the package create sorely needed jobs and economic growth across diverse segments of our society, it also can provide incentives for green, energy- and water-efficient buildings that will positively impact our environment.”

PMI distributed a letter in January to each member of Congress encouraging them to back these key industry priorities. Additional letters will be sent to new agency administrators once they have been confirmed. A PMI Government Affairs Alert to PMI members in January outlined how PMI will work with the new Congress and administration to keep the industry’s interests front and center.

Going forward, what can the plumbing manufacturing industry expect from the new administration?

A distinct shift in priorities from Trump to Biden

President Biden will ask Congress to approve many of his initiatives, including his economic recovery and tax plans, during his first 100 days. That could prove to be challenging, even with the slight majority held by Democrats.

With his "Build Back Better" economic recovery plan, Biden hopes to create millions of jobs through a series of large investments, Salmon explained. The plan, to be initiated in February, calls for spending trillions of dollars on American-made products, health services and infrastructure improvements. The proposed package includes $400 billion to boost domestic manufacturing with procurement measures and another $300 billion for research and development, she said. The plan also includes a comprehensive package to fix the nation’s aging drinking water and wastewater systems – another PMI priority.

PMI’s congressional letter highlighted the need for millions of Americans in underserved communities to have access to running water and basic indoor plumbing. New water infrastructure would help deliver that much-needed access, especially during a pandemic that has exposed how important adequate sanitation, good hygiene and safe water are to maintaining excellent public health, Salmon stated. To pay for many of these initiatives, Biden said he will propose a raise in corporate income taxes from 21 percent, a rate set under Trump’s plan in 2017, to 28 percent, as well as a 12.4 percent Social Security payroll tax on those who earn $400,000 or more. Biden has promised that anyone making less than $400,000 annually will not see their taxes increase.

Biden will likely overturn some of the Trump administration rules, such as the new showerhead rule published in December 2020, Salmon said. The new rule allows for multiple shower heads to be used together to expel 7.5 gallons of water per minute versus the old rule of 2.5 gallons per minute. In a Washington Post article about the rule, Stackpole said “it was a regulatory solution in search of a problem — a problem that doesn’t really exist. The marketplace was not asking for this.”

Finally, trade is another important priority for PMI members. PMI’s congressional letter noted how crucial it will be for the plumbing manufacturing industry to work with the Biden administration to lift Section 301 tariffs, which serve as taxes on American consumers and businesses. Salmon noted that Biden may be planning to temporarily keep in place the 25 percent tariffs on Section 301 imports, which is a concern for PMI members because most use imported parts and materials from China. “It’s something we’ll be watching and weighing-in on closely,” she said.

With a vision of safe, responsible plumbing – always, PMI advocates for plumbing product performance contributing to water efficiency and savings, sustainability, public health and safety, and consumer satisfaction. PMI members manufacture water-efficient toilets, urinals, faucets, showerheads and other products at more than 70 locations across the country and market them online and in more than 24,000 home improvement stores, hardware stores and showrooms in all 50 states. For more information on PMI, contact the organization at 1750 Tysons Blvd., Ste. 1500, McLean, Va., 22102; tel.: 847-481-5500. www.safeplumbing.org.