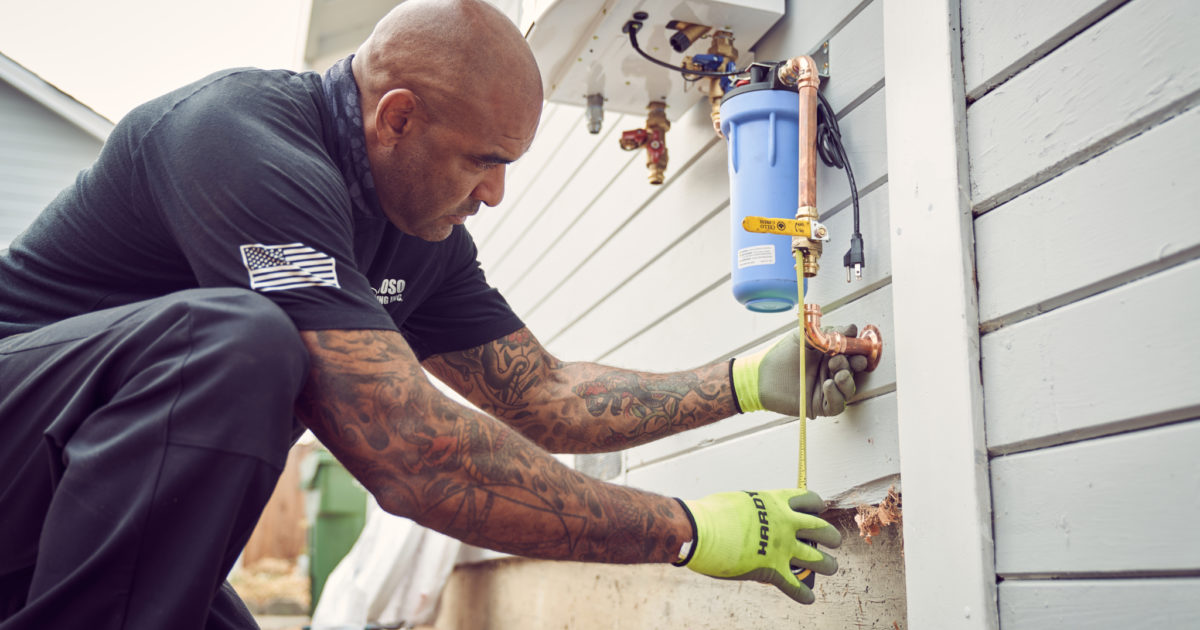 Sales of tankless water heaters are picking up in and around Santa Rosa, California, says Jim Curoso, owner of Curoso Plumbing, which is based in the city, located about 55 miles north of San Francisco.

“Tankless heaters are our most profitable water heater – our bread and butter,” says Curoso, whose company specializes in installing and repairing water heaters. In fact, water heater work generates about 50% of the company’s revenue.

Five years ago, roughly 5% to 10% of customers bought tankless heaters, which the company has been installing for almost a decade. Now about 40% are tankless, Curoso says.

A primary reason for the surge is the money saved on natural gas because of the units’ greatly enhanced efficiency.

“Saving energy is a bigger issue for people,” Curoso says.

Furthermore, the technology is better today than it once was. Also, if customers choose a model with a recirculating pump, they get hot water much faster, which is a great lifestyle convenience as well as a money-saver.

Curoso favors tankless heaters made by Navien, which in its line of condensing models offers an NPE-S and an NPE-A series, with the latter including a built-in recirculating pump. He buys them from PACE Supply Corp., his go-to supply house for more than 25 years.

Curoso says he sticks with Navien because of the simplicity of the design, a solid warranty, two different designs that give customers options at different price points, and outstanding customer service.

“If we have an issue, they answer the phone – their tech support is really good,” Curoso says.

Installing a tankless heater takes about twice as long as installing a conventional tank heater because it requires running a circulating line from the unit to the farthest plumbing fixture and back, instead of branching off of a hot-water line.

“The installation concept is the same, there’s just a little more work involved – more things to hook up,” Curoso says. “But in the end, it’s basically all about hot goes to hot and cold goes to cold.

As for convincing customers to go tankless, Curoso says it’s not an issue.

“We always give customers options at various price points,” he says. “We don’t do a hard sell – tankless heaters sell themselves.”

Read more about Curoso Plumbing in the December 2020 issue of Plumber magazine.