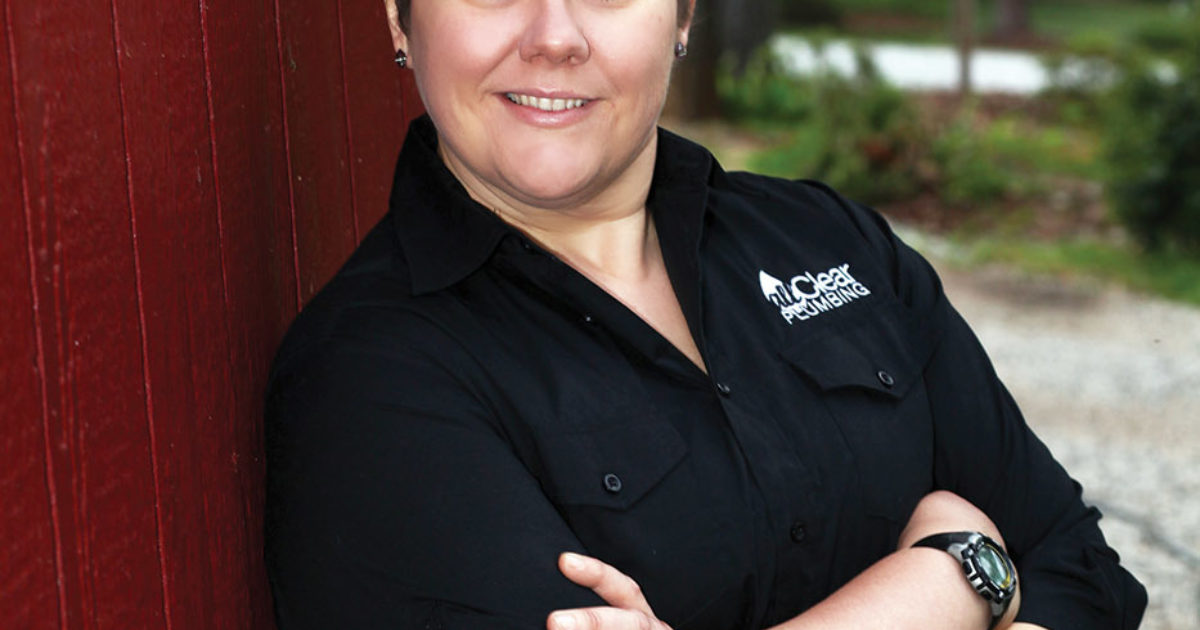 Plumbing can be thankless work. There are days, sometimes weeks even, when nothing seems to go right. Complaining customers, disgruntled employees, rising insurance costs. Aren’t there easier ways to make a living?

I was in one of these dark moods recently, and it wasn’t helped by the fact that it was my turn to answer the phones for the weekend. It’s not an exaggeration to say I was dreading the moment my phone would ring.

I’m not often found answering phones these days, my day-to-day responsibilities lying elsewhere within the company. Besides, we’ve hired people much better suited to the task than I am. But every once in a while the responsibility still falls on me. It turns out that this basic touchpoint was exactly the “why do we bother” reminder I needed.

Sharon (not her real name) called late on Friday evening. The first question out of her mouth was whether we still offered financing. She had used the service a few months prior and really liked working with our plumbers.

After logging in and checking our system, I immediately recognized the customer’s name. After realizing who she was, I groaned. Not because she is rude, or picky, or difficult. Quite the opposite. She is a joy to work with, but I felt bad for her. She had a ridiculous string of bad luck with her plumbing earlier in the year. I’ll leave the full details out, but it started with a “no hot water” call and ended with finding gallons of sewage in her crawl space. After a new water heater, repipe, and full mitigation, we thought she was home free for a while.

“I’m sorry, we don’t have financing right now. What is going on?” I asked. When she told me it was a clogged kitchen sink, I had hope. These jobs tend to be super easy or super hard. Maybe we would get lucky.

We talked about plunging. She asked about liquid drain cleaners. When I broached the subject of taking apart her P-trap, I heard a tremble in her voice.

“I think I’d rather have one of your plumbers do that,” she laughed nervously. “Everything I touch lately turns out badly.”

I heard soft crying on the other side of the phone.

“I buried my husband yesterday. I just don’t have this in me. I’m scared I’ll break something. Can you come in the morning? I’ll figure out the money."

I took a deep breath. I knew, from the previous work we did for her, that her husband had been sick. This lady was really having a bad year.

“Sure thing. I’m sorry for your loss,” I said and hung up the phone with a promise that we’d arrive in the morning.

Sharon was still in my thoughts as I went to bed that night and when I got back up in the morning. I’d been having such a pity party for myself recently. I think a lot of us have. It’s been a tough year, but this was a harsh reminder that I am luckier than most.

Thankfully, one of my best and most heart-filled plumbers responded to the call. He phoned me about 20 minutes after arrival.

“What do you want me to charge this lady? It was only a clogged P-trap. Can I just do an advanced diagnostic fee?”

I knew he wanted to cut her a break. He’d been out there before for the other issues and I had warned him that the husband recently died. It only took a moment for me to decide: “Dude, just don’t charge her. I’ve got other jobs for you to go to today. We’ll make up the money somewhere else.”

I heard him sigh with relief. It was such a small thing. She didn’t even live far from his house. He’d only been on the clock 20 minutes. I went about making my breakfast and gave myself a pat on the back for doing a nice deed. Then I got another phone call from Sharon. She was sobbing.

“You have no idea how much this means to me! You didn’t have to do that. I would have found the money,” she said.

I shrugged it off, “It wasn’t a big deal, the least I could do.”

“No, you don’t understand,” she replied.

And I didn’t. Sharon hadn’t just had a small string of bad luck. She has had a year from hell. On top of savage plumbing issues she had been caring for a dying husband by herself during a major pandemic. The week before, while her husband lay dying in the hospital, she suffered a home invasion. They robbed her and stole her car. Three days later, her refrigerator stopped working. She spent the next bit of time burying her husband. Then this plumbing problem. No wonder she was afraid to touch the P-trap.

I spent the next 10 minutes talking to Sharon about better times. About good memories with her husband and a future that still held promise. She wouldn’t stop thanking me, promising to tell everyone how wonderful we were (without disclosing that we did the work for free).

Sharon never asked me for a single thing. She wasn’t looking for a handout. I didn’t even know the extent of her misfortune until after we had comp’d the service. To say that talking to Sharon shifted my perspective is an understatement. It was a reminder that seemingly small acts of kindness may have a bigger impact than you imagine. Something that cost me so little that I didn’t hesitate to do it ended up being a turning point for someone who was losing hope.

A lot of self-help gurus talk about mindfulness and gratitude. I’ve never been good at practicing those things. My imagination tends to get stuck in the ruts of the challenges we face. Sharon reminded me to be grateful for the privilege of helping others. To be glad I work in an industry where we can make a real and lasting impact on people’s lives, even if it doesn’t always feel that way. Being in the plumbing industry, that is something to be grateful for.

Anja Smith is managing partner for All Clear Plumbing in Greenville, South Carolina. She can be reached at anja@acpupstate.com.