This rammed earth, Passive House home is in a community bound by sustainability 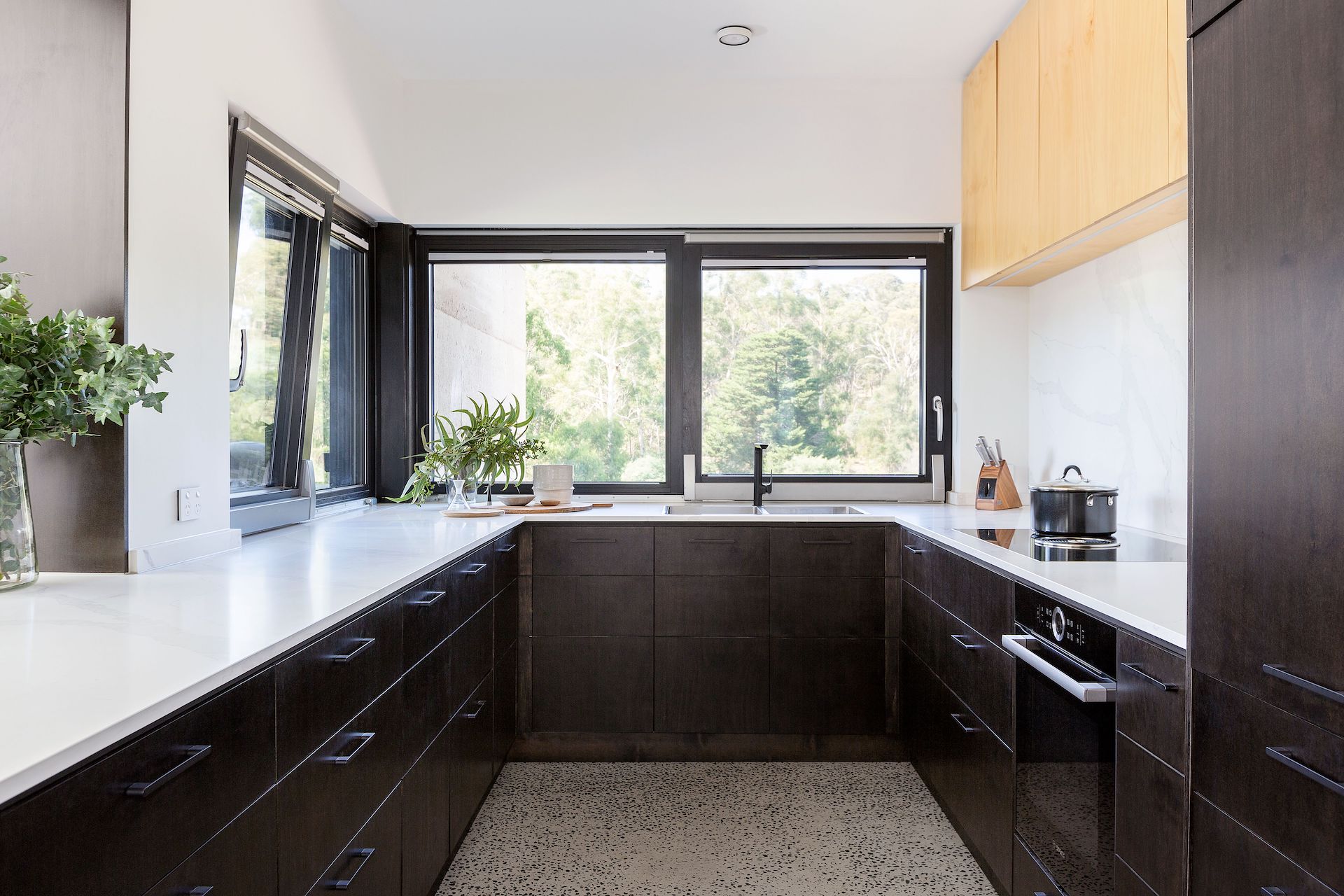 Known as the Earth House, the home has won a bunch of accolades at the Design Matters Awards – “Building Design of the Year 2020”, “Best residential new home design $1 million to $3 million” and “Best environmentally sustainable design.”

And thanks to progressive design guidelines for the residential community in Mullum Mullum Creek in Donvale, Melbourne, Maxa Design director and principal designer Sven Maxa says all houses on the street will out-perform on ecologically sensitive design.

The Earth House project has been a long time in the making, with the client – a professional couple looking to build their forever home – engaged back in 2015.

Maxa says the pair had a “comfortable budget” and allowed the design team to “have a bit of fun”.

Rammed earth was selected because it helped to anchor the building in the ground and create privacy for the couple while still fitting in nicely with the bushland setting.

The material, which is much like working with concrete from a design perspective, was used to create a wall to block the hot western sun and create privacy.

From a sustainability perspective, it’s lower in embodied carbon than concrete (although there is a little concrete in the mix).

And just like concrete, it has a good thermal mass but is a poor insulator. As such, to meet the Passive House standards for insulation, it needed an insulated core. The internal fabric was made from PanelLite modular wall and roof framing system to ensure airtightness.

Rammed earth also takes very little maintenance, Maxa says. “It might need a recoat in 20 years, but like a concrete wall, it will probably be quite simple to do.”

The downside of the material is that it is highly labour intensive, which makes it an expensive material to work with.

“Every wall is built by hand, the materials are poured into formwork and compacted by hand, it just takes time and effort.”

As such, the final design pulled back on the amount of rammed earth used to stop the budget blowing out.

Maxa says the team was able to deliver a boundary pushing, ultra-sustainable home without going too far north of the client’s budget.

Due to cost constraints the greywater system was ditched, but the client really wanted to keep the key ingredients, such as Passive House, in there.

Maxa Design are behind several other Passive House homes, including one in Kallista

in the Dandenong Ranges and another in suburban Heathmont.

Maxa is a strong believer in the standard and says he will always offer it to his clients. Thanks to the reputation the practice has established, he says many clients come to him with Passive House projects in mind.

The Mullum Creek Estate has appointed a Design Review Committee – which Maxa is on – and has an array of progressive design requirements for building environmentally sensitive homes, including that homes are required to be built out of sustainable materials, such as sustainably-sourced timber, and have storage for 20,000 litres of rainwater capture.

The design requirements are also looking to build community resilience and cohesion by prohibiting opaque fences to encourage neighbours to get to know one another.

“It’s building a community is what it is doing, where everyone is like-minded. They will be out there trading fruit and veg and sharing it with their neighbours.

The good news is the Mullum Creek Estate design guidelines are open source and available for anyone to use.