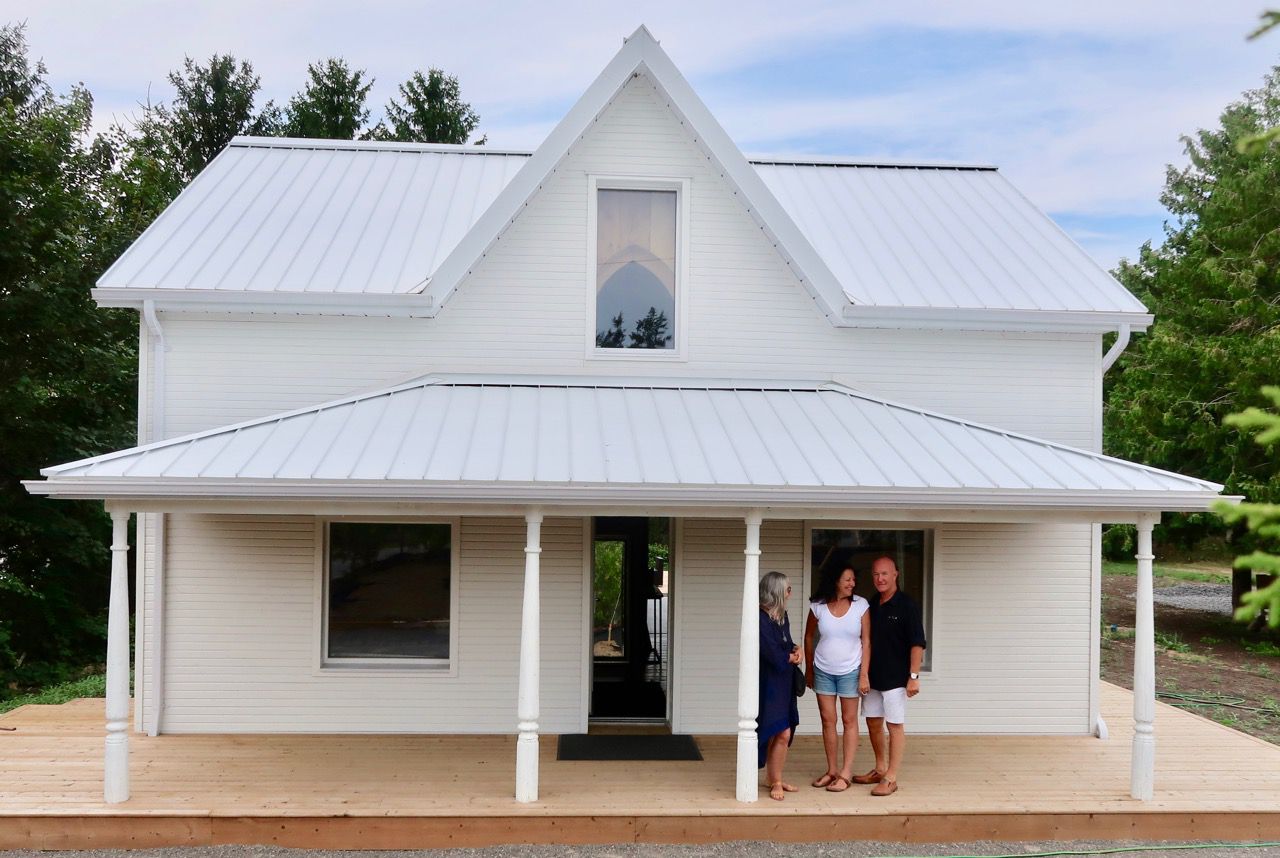 Architect Jonathan Kearns shows that you can have it all.

When Americans loyal to the Crown moved north after the American Revolution, many settled in Prince Edward County, projecting into Lake Ontario just about 20 miles across the lake from the USA. Many of the houses they built became Ontario classics; small, square, efficient plans with steep roofs enclosing attic rooms on the second floor.

© Jonathan Kearns Charming yes, but energy efficient they are not. So when architect Jonathan Kearns (of Kearns Mancini Architects) with partner Corrine Speigel wanted to renovate one to Passive House standards, they faced a number of challenges. Passive House is tough enough on new construction and extremely difficult on renovations, so the Passive House institute developed a special standard, EnerPHit, that certifies retrofits and allows slightly higher energy consumption that varies according to climate.

Lloyd Alter/CC BY 2.0 It probably would have been cheaper and quicker to start from scratch, but there is a charm and beauty to these old houses that Kearns wanted to preserve and expose. So he stripped the interior down to the wood structure and sandblasted it, creating a stunning, warm, wooden interior.

Jonathan Kearns still draws by hand!/CC BY 2.0 He then wrapped the whole house in a new house built of Structural Insulated Panels (SIPs). Kearns described it in Canadian Architect, listing the five key principles of Passive House design:

Lloyd Alter/ back of old house visible from new addition/CC BY 2.0

Lloyd Alter/ Dining room corner window/CC BY 2.0 Kearns notes that “in a Passive House, you can sit next to a window in the dead of winter and not feel a draft, and then sit next to that same window at the height of summer and not feel overheated.” That tells you something about the quality of the windows here in the kitchen addition; there is a lot of glass in that dining area.

Lloyd Alter/ Old meets new/CC BY 2.0 In this image you can see the original house, and the window perched between it and the new SIP exterior.

Lloyd Alter/ view from northeast/CC BY 2.0 Here, Kearns is working with an existing house so he doesn’t have a lot of choice about orientation, but was careful with the big new windows to have them facing north and east, to minimize overheating.

Lloyd Alter/ heat recovery ventilator/CC BY 2.0 Here’s the big Heat Recovery Ventilator in the storage room. The round vents are the only new touches you see in the old wood walls.

Lloyd Alter/CC BY 2.0 This is where many Passive House designs go off the rails- It can be hard to make an optimized, functional design truly beautiful. It takes real skill and talent to make Passive House designs beautiful when you have limits on window size due to energy and cost, and have to minimize jogs and bumps that can create visual variety but also thermal bridges. Many Passive House architects are also data nerds, putting performance before beauty, or as Steve Mouzon would call it, lovability. That’s why some have problems with it; I often quote designer/ builder Michael Anschel:

Jonathan Kearns’ Reach Guesthouse just proves Michael Anschel wrong once and for all. It is supremely comfortable, full of light in places, cozy and dark in others, grand in places and certainly quaint in others. It has history, charm and character that resonates with our souls. It is beautifully proportioned, designed by an architect who cares as much about beauty as he does about data and performance.

So don’t let it ever be said that Passive House design can’t be beautiful as well as functional and efficient; Jonathan Kearns demonstrates that in the hands of a talented architect, one can have it all.

The view to Adolphus Reach, which the house is named after/ Lloyd Alter/CC BY 2.0