6 Dumb Mistakes Even Pro Gardeners Make—in Their Own Yards 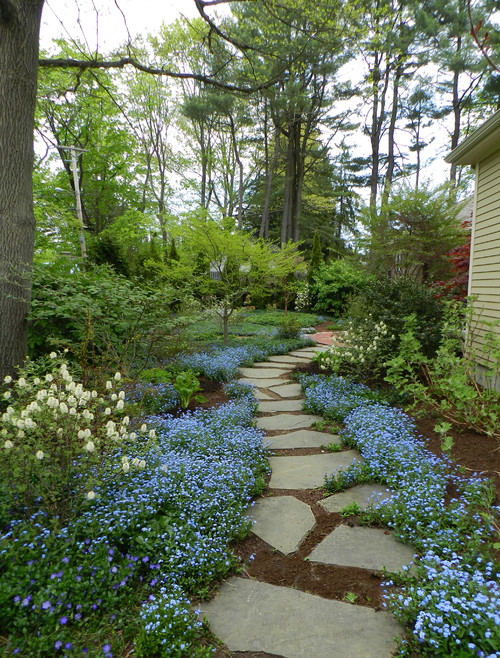 Wish your lawn and garden were overflowing with greenery? You might think that gardening and landscape pros have all the answers, but even professionals who spend their lives in the dirt struggle with foliage.

Part of the problem is Mother Nature herself. You can install a row of pretty pansies in the perfect spot with partial sun, only to have an army of bugs eat them for breakfast.

Or you might sow something that's supposed to do fine in your climate—but then a series of rainstorms comes along, and your poor seedlings are drowned into oblivion.

"Landscapes are not living rooms, and plants are not chairs—they're really more like pets or kids whom we need to stay in communication with, in case they droop or fade," says Cassy Aoyagi, a gardening pro and president of FormLA Landscaping in Los Angeles.

So whether you're wishing that your lawn or your windowboxes are more lush, heed these mistakes that even professional gardeners have made on their own properties. Consider yourself warned!

Forget-me-nots are supposed to thrive in wet soil, which is an issue that Susan Brandt, the plant pro at Blooming Secrets in Bristow, VA, faces in her garden. Unfortunately, these pretty blue flowers adapted too well to her conditions and took over large swaths of Brandt's yard.

"Their prolific self-seeding meant they were everywhere, but since they only bloom in spring, they'd die after flowering and leave holes behind that needed to be filled," she adds.

Brandt spent the next fall and the following spring yanking these pesky plants from her garden, but to this day they still pop up—more than 10 years later.

Lesson learned: For self-seeding plants that spread, make sure you've got ample room for them to grow, and that they won't crowd out other foliage.

Brandt had good intentions when she took down a too-large hemlock near the front corner of her house and replaced it with a Bradford pear tree.

"The problem was that I planted the pear tree a little too close to the house, and a few years later, when it got very big, a hurricane caused its branches to push under the roofline and pull the front gutter right off the eaves," she reports.

In the end, she had to chop it down.

Lesson learned: Trees should never be too close too your house, since falling branches can damage your roof, gutters, and more. Keep in mind that small trees get larger, too!

Years ago, Aoyagi tried what she now knows is a no-no: planting flora from Chile, South Africa, and Australia in California.

Granted, "We planted climate-compatible, noninvasive plants, with the thinking that they caused no harm," Aoyagi says. "But now we see that these non-native species fail to provide the habitat needed for native pollinators and wildlife."

Lesson learned: Even if nonnative plants work for your area, keep in mind that they may not be best for the environment.

"If I had to do it all over again, I'd put in only California natives," Aoyagi says.

Jared Craig's downfall? It was the grapevines that he trained to grow on a makeshift trellis fashioned from recycled fencing.

"While rows of well-maintained vines on a trellis look beautiful in wine country, the five that I was sowing on crooked rusty material lacked the luster of Napa Valley," explains the co-founder of Sow Exotic Nursery in Winter Haven, FL.

Lesson learned: If your plants need support to grow, make sure to choose something you'll like to look at.

Since the sight of this fencing made him cringe, Craig carefully removed it and encouraged the vines to travel up some nearby mulberry trees.

"I was immediately thrilled with the natural look of two plants cohabiting in harmony, and loved that two different types of fruit could be harvested simultaneously," he says.

Jackie Kim, a landscape architect based in Seattle, was tasked with protecting a client's veggie and flower gardens, so she installed fencing. Alas, the product wasn't deer-proof, as advertised, and the animals cleared it easily.

Lesson learned: Not all deer-proof fencing is as good as advertised!

As for how she managed to fix the problem, Kim says, "I had tall, wide shrubs planted next to the fencing, and the deer were finally deterred, because they couldn't see a clear landing zone past the fence."

Kim has a bad habit of selecting garden pots without drainage holes.

"And I'm overconfident in my watering abilities and sometimes overdo it and kill my plants," she admits.

Lesson learned: Drainage holes in plant pots keep water from sitting in the bottom ... which can lead to overly damp soil and root rot.

Since making that mistake, Kim says, "I've tried to water very sparingly, and it usually works, though from time to time, my plants wither away due to underwatering, so I really just need to take responsibility and start buying pots with proper drainage."