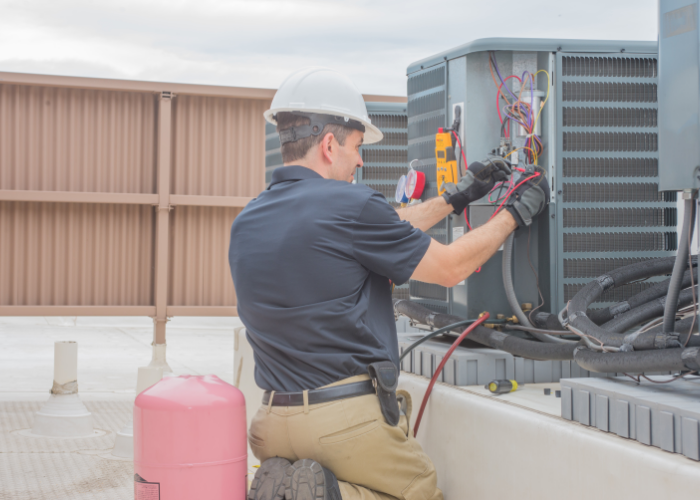 How Poor Indoor Air Quality Can Harm Your Health: A Case Study
Paul Bates - Guest Contributor
December 17th 2020
In terms of the effect of air pollution on human health, the primary area of public concern and government policy tends to be outdoor air. However, indoor air quality ( IAQ) has caused a growing concern over the last two decades due to the adverse effects that it could have on human health. In comparative literature, the word ‘indoors’ refers to various settings, including residences, workplaces, and buildings used as offices or recreational purposes. Many people spend up to 90 % of their time in an indoor environment in the developed world. Up to 60 percent of the workers work in an office. Decreased ventilation rates for energy efficiency have resulted in increased health concerns from building tenants. Many indoor contaminants, allergens, carcinogens, neurotoxins, immunotoxins, or irritants, are either known or suspected to lead to Sick Building Syndrome (SBS). Nasal, ocular, and generalized disorders are included in the collection of health effects associated with SBS. According to numerous research conducted by the National Institute of Occupational Safety and Health in public buildings, the three most severe symptoms encountered in more than 70 percent of buildings are dry eyes, dry throat, and headaches. This article will discuss a few case studies about the effects of indoor air pollution and how installing HVAC types of equipment helps in this regard.
Case Study of a Small Commercial Office Building
The project
In 2010, an indoor air quality investigation of a small commercial office building situated in an office near Richmond, Virginia, USA, was carried out by two IAQ investigators.
A protocol “Step I-IAQ Analysis” was followed by the investigation of this building. The Phase I-IAQ investigation is designed to locate areas that could lead to the poor indoor air quality inside the building systems.
The problem
Several occupants inside the building complained of the usual symptoms of the sick building syndrome. With an introductory survey of the office space, the investigation of this building started to find obvious building configurations that could affect air quality. The investigators interviewed workers responsible for building maintenance, as one of the investigation’s goals was to determine maintenance standards.
-ADVERTISEMENT-
Powered by Ads Pro
Afterward, the inspectors performed a thorough analysis of the air distribution system of the building. The internal components, chambers of the air-handling systems, air supply ductwork, and return-air systems. were visually inspected
Particle counts were taken during this part of the investigation to determine filtration systems’ efficacy in arresting respirable-sized particulate matter. This was achieved using a particle counter with electronic light-scattering. Readings for particles of 1.0 microns or smaller were reported.
The Tests
For laboratory research, microbial surface samples of the air handling systems’ interior were taken, and an evaluation was made as to the degree of contamination. Based on the type and number of species found, appropriate recommendations were made. Following a thorough inspection of the air handling systems, several experiments were carried out. Air was sampled for gases, dust, and biological contaminants in the building’s inhabited areas to ensure that building occupants’ health and comfort are satisfied. In the entire office room, the following air-quality tests were carried out:
The levels of carbon dioxide.
Concentrations of carbon monoxide ( CO).
The temperature and relative levels of humidity.
Ozone levels, nitrogen dioxide, and hydrocarbons of low and high molecular weight.
Microbial samples from the surface were collected,
Building pressure.
A detailed report on Inspection data, photographic evidence of system conditions, and recommendations were given to the building manager upon completion of the investigation.
The Finding and solution
The inspection revealed low levels of respirable dust that could lead to adverse reactions among vulnerable individuals. The building’s ventilation system found that the mechanical ventilation system provides practically no outside air to the office space. All other internally produced contaminants from the occupants and work processes also appeared to increase during the day without proper ventilation, as was the case with respirable dust.
Furthermore, in comparison to the surrounding areas, including the adjacent warehouse, the office space was under negative pressure. As a result, contaminants were also attracted to the office environment from these areas.
Based on the investigation’s findings, the investigators recommended that the outdoor ventilation rate be increased to meet the recommended outdoor ventilation rate of 20 CFM per person, as set out in the ASHRAE standards.
The building owners worked with a mechanical engineering company and an HVAC equipment contractor to design and construct an outside-air ventilation system to achieve this. It is crucial to note that the construction manager and mechanical engineer were warned that relief would be needed to accommodate the increase in ventilation from the outside air.
In addition to improving the ventilation rates outside the air, it was recommended to improve the air handling units’ hygiene by using air cleaners that work with HVAC equipment, especially around the condensate drain pan, where visible pollution was present. To secure both the occupants and facilities, improvement of the obsolete filtration system was also suggested.
Pro Tip: If you’d like to consider natural air purifiers, then growing indoor plants is the way to go. If there is no sufficient lighting, you can consider getting LED grow lights , which will compensate for the lack of sunlight.
In conclusion
The Phase I-Investigation technique was used in this investigation. As the project progressed, it drew on a mechanical contractor’s expertise, a specialist in HVAC equipment, and a test and balance agency. Therefore, this research shows the multi-disciplinary approach required to solve problems with indoor air quality ( IAQ)
Help Keep Big Easy Magazine Alive
Hey guys!
Covid-19 is challenging the way we conduct business. As small businesses suffer economic losses, they aren’t able to spend money advertising.
Please donate today to help us sustain local independent journalism and allow us to continue to offer subscription-free coverage of progressive issues.
Thank you,