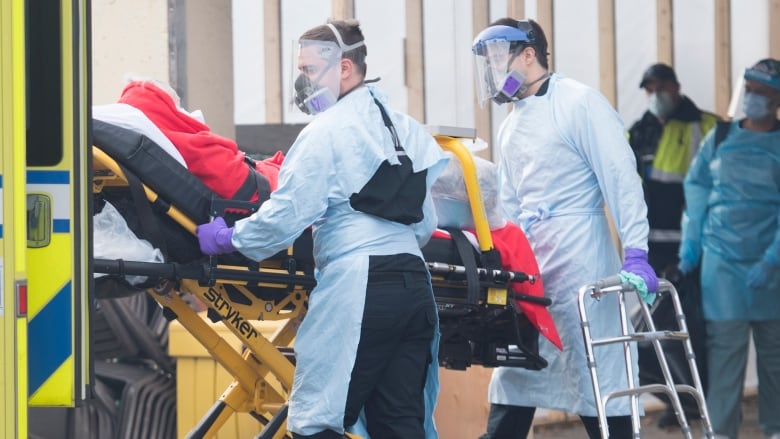 As experts mull recommendations regarding ventilation and COVID-19 transmission ahead of the winter, Quebec health officials say that air quality tests carried out in long-term care homes and hospitals earlier this month revealed satisfactory readings.

Health Minister Christian Dubé said an analysis of carbon dioxide levels was done at his request between Nov. 19 and 23 in about 70 establishments, mostly in the Quebec City area and in central Quebec.

The Health Ministry said CO2 levels are considered a good indicator of ventilation efficiency, and authorities carried out tests in different settings including bathrooms, waiting areas and patients rooms.

The results come as a group of experts examining the link between air quality and COVID-19 spread is set to issue recommendations in early December, with particular attention to schools and health-care facilities.

The World Health Organization and the Public Health Agency of Canada have both said aerosol transmission and spread of COVID-19 is a concern.

"The expert group will therefore have to look in particular at the additional preventive and, if necessary, mitigation measures that could be put in place, if necessary," the Health Ministry said in a statement Monday.

Concern about indoor air quality has been heightened in the province, which on Monday reported 1,333 new COVID-19 infections and 23 additional deaths linked to the virus, along with an increase in hospitalizations and patients in intensive care.

The results announced Monday were from tests done mostly in so-called cold zones without COVID-19 patients, but some were in hot zones, and the testing covered different kinds of ventilation systems, including just open windows.

One Montreal health official questioned whether the ventilation systems in place in long-term care centres are adequate to deal with a disease as contagious as COVID-19.

Francine Dupuis is associate CEO of the Montreal regional health authority that on Sunday had to transfer 20 COVID-19 patients from a long-term care home, the Maimonides Geriatric Centre, to local hospitals.

"We are waiting for the recommendations of public health, but probably too many people at the same place is not a good idea for the ventilation system,'' Dupuis said in an interview Sunday.

In some cases, authorities are emptying wards to air them out before bringing patients back, but Dupuis says the cost of upgrading ventilation systems in long-term care would be in the hundreds of thousands of dollars.

On Tuesday, Quebec's schools will also have their air quality tested. Education Minister Jean-François Roberge, in announcing tests last week, said any necessary improvements would be made over the Christmas break.

Last week, a group of doctors and experts concerned about air quality in schools and the transmission of COVID-19 unveiled the results of a clandestine project where teachers measured air quality in 25 classrooms, finding that 75 per cent had CO2 levels that exceeded acceptable levels.

Authorities did not hold a briefing on Monday as Montreal led the way in new infections, reporting 400 new confirmed cases, followed by the Montéregie, the greater Quebec City region, Saguenay Lac-St-Jean and Lanaudière.

"The situation of the last days is worrying,'' Dubé said via his Twitter account on Monday. "I would remind you that we must continue to respect all measures and limit our contacts for (a reduction in) the number of cases.''

Eight deaths were recorded in the previous 24 hours while 14 others were from the last week.