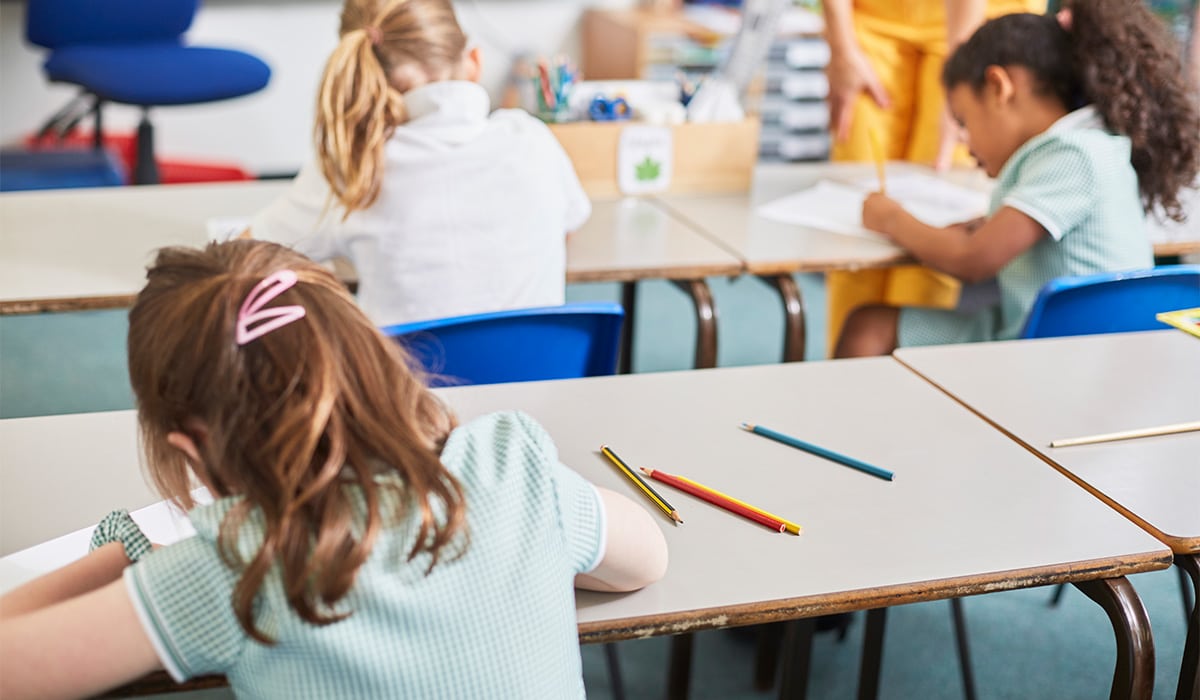 A concerned parent has claimed her daughter is spending the school day in a freezing cold classroom, due to windows left open to allow ventilation and prevent the spread of COVID-19.

While ventilation helps prevent the spread of the virus, the Department of Education has insisted that classroom windows do not need to remain open throughout the entire day.

However, parents are reporting that their children are enduring cold conditions in the classroom and are forced to wear extra layers of clothing to keep warm.

Siobhan, who has a daughter in fourth class in a Limerick school, says the classroom windows are open ‘every day, all day’, without any heating turned on.

She told the Mail: ‘She’s freezing. She’s been sick three times. She’s asthmatic so she shouldn’t be sitting in the cold.’

Siobhan also said that while parents have not been told by schools that pupils can wear extra clothing, they have not objected to it.

The Department of Education confirmed to the Mail that classrooms do not have to have all of the windows open all of the time.

The Department also recommends that opening windows just below the ceiling will reduce the risk of cross-draughts, while schools should ensure regular airing with windows during break time by opening windows fully.

A Teachers Union of Ireland (TUI) spokesman said school communities are doing all they can to ensure the safety of students and staff, adding that as we move into winter, ventilation issues are going to become ‘critical’.

‘Regrettably, as a result of chronic underinvestment, we are now seeing that many schools urgently require new solutions,’ he said.

‘The TUI sought the provision of indoor air quality monitors, similar to what is used in other jurisdictions across Europe.’