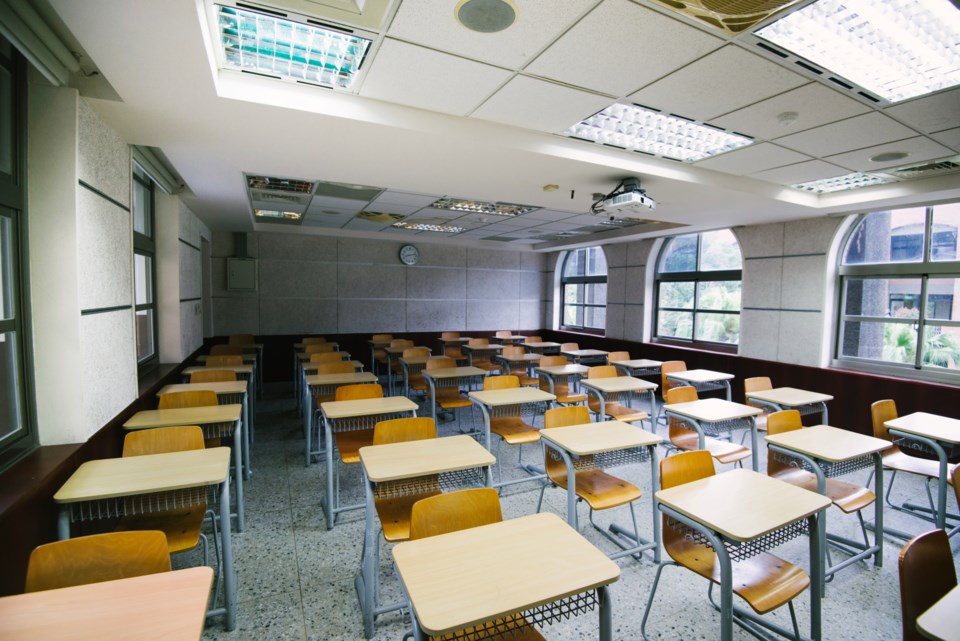 Parents in Canada have recently been faced with a big question — to school or not to school during the coronavirus pandemic.

Eddy Sousa and his wife flip-flopped on the answer for their five-year-old daughter. They initially signed her up for class in Etobicoke, Ont. but are now keeping her at home.

“The fact her classroom, even on a good day, has no air circulation,” Sousa told Global News.

“She originally had 23 kids in her class and then we received an email from the principal saying they’re going to maximize classes to 27… I feel like after all the precautions we’ve taken — staying away from people, controlling our circles — it’s all out the window.”

Experts agree that ventilation is key to helping quell the risk of COVID-19 indoors. Schools, in particular, can be poorly ventilated spaces where people crowd and spend whole days in close contact — all things public health officials say can foster outbreaks.

The virus is spread by droplets, predominately large ones. If the air is not properly circulated, they can linger in the air for minutes to hours. It’s part of the reason why public health officials have encouraged us to go outside when socializing with others.

While Canadian schools have introduced a host of COVID-19 protocols, experts and advocates agree improvements to HVAC (heating, ventilation, and air conditioning) systems are not getting the attention — or funding — they deserve.

“Keeping kids in the same groups during school reduces the risk of spread between groups, but you also want to reduce the risk of spread within that group. That’s where air quality really matters,” said Colin Furness, an infection control epidemiologist and assistant professor at the University of Toronto.

“Why do we reduce class sizes? Why are we wearing masks? Why do we get kids to sit two metres apart? The goal is so they don’t inhale each other’s droplets. Taking droplets out of the air is a no-brainer.”

Opening doors and windows can help get air moving, but in many Canadian classrooms, it’s not that easy.

Funding was an issue long before coronavirus came along, said co-founder Krista Wylie. The pandemic has exacerbated the need, she said, but those needs still feel out of reach.

While the Ontario government has allocated $50 million in funding to improve HVAC systems in schools, it came only two months before classes were due to begin. It also came long after SickKids’ report cited ventilation as an important element in a safe reopening, as well as guidance from the Public Health Agency of Canada, as she pointed out.

“You’ve got medical professionals telling you ventilation is key. You know that the 5,000 school buildings in your province have a gross amount of disrepair, and yet the province waited two months to announce a pittance in funding,” she said.

Ontario, however, is one of the few provinces to mention ventilation systems in their back-to-school plans.

Quebec has also announced $50 million to upgrade ventilation and HVAC systems in schools, which reopened far earlier than Ontario’s. In Nova Scotia, the education minister has said that every school will have its system checked and maintained but provided no concrete plan. Calgary’s board of education is currently reviewing its ventilation systems at its facilities across the city.

The federal government has also doled out $2 billion for schools to reopen safely, including ventilation improvements.

But with the school year already underway, Wylie worries about how quickly improvements can be made and to what degree.

“School boards have been put in an untenable position. They’re beholden to the tender process, which takes time,” she said. “And because they’re chronically underfunded, they tend to feel pressured to choose the lowest-cost option, which should not be the criteria for all projects.”

Not all improvements the same

The funding allocated so far for HVAC improvements “doesn’t even pass the laugh test,” said Jeffrey Siegel, a professor of civil engineering at the University of Toronto who researches and consults on building ventilation and indoor air quality.

“The fundamental issue is that this is expensive to do under any circumstances, schools can be particularly so.”

While it’s a big task, he said the wrong approach is to “throw up our hands” and only make small changes. There are less costly and quicker improvements that can be made, but it’s not a long-term solution, he said.

Each school will be different, according to Siegel, and it needs to be assessed that way before making changes.

“We want to prioritize schools that are in the worst shape, even though in many ways they’re the hardest problems to solve,” he said. “There are obviously some very nice newer schools, but there are some older schools, we want to look at who it serves.”

Teachers and maintenance staff should be involved in identifying certain “high-risk” rooms, he said, including hallways and bathrooms. From there, if there’s nothing to be done in terms of getting fresh air in, portable air filters are one solution.

Some schools might already have decent ventilation systems and may only need better filters. Others might need to readjust traffic flow in hallways and between classes.

The “substantial investments” get trickier, he said. For one, significant work can’t be done when there are kids in the school. There are also challenging building design problems and remediating asbestos from systems that might follow.

None of this can happen overnight, Siegel added.

“Not only that, but the last thing you want to do is spend money quickly because it will achieve much less benefit than spending the same amount well.”

Sousa, who is a realtor, knows that all too well.

He felt that when Ontario announced its funding for HVAC systems in schools that it was too little, too late, further emphasizing his decision to keep his young daughter at home.

“In my line of work, sometimes I have to book repairs for homes. It may take weeks or months,” he said.

“No matter the money they propose, it will take time to realize where that money should be going. By then, I wouldn’t be surprised if case numbers are already rising and schools close again.”

The bigger concern on the horizon for schools is cold weather, Furness and Siegel agree.

Windows are more likely to be shut as buildings turn to heating systems to keep kids warm.

In Ontario, Premier Doug Ford has set Thanksgiving as a target for when improvements to school ventilation systems should be made.

Furness said meeting that target would require a “brilliant job,” which he isn’t hopeful for. Even then, “that’s four or five weeks of unprotected kids in schools,” he said.

But Siegel is a bit more optimistic.

Schools might be able to scoot by with ventilation tweaks over the next few weeks, he said, but the “triple whammy” of increased community transmission, improperly ventilated buildings during the heating season, and COVID-19 fatigue within school staff and students will be the real test.

“We should be investing for that time of the year,” he said.

“Whether $50 million will do that much about that problem is another question entirely.”