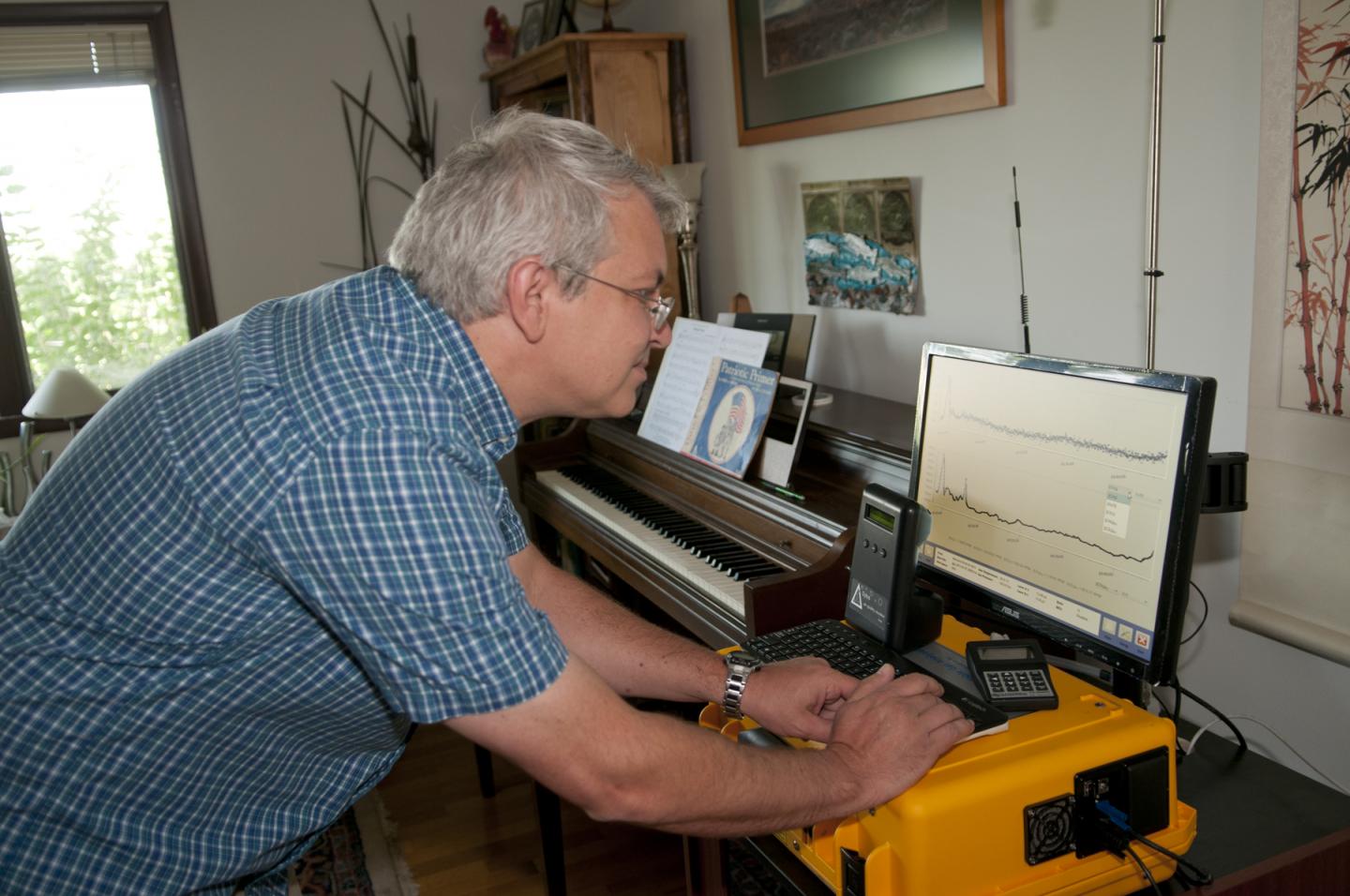 PULLMAN, Wash - When most people think about air pollution, they think of summertime haze, traffic or smokestack exhaust, wintertime inversions, or wildfire smoke.

They rarely think of the air that they breathe inside their own homes.

In a new study of indoor air quality, a team of WSU researchers has found surprisingly high levels of pollutants, including formaldehyde and possibly mercury, in carefully monitored homes, and that these pollutants vary through the day and increase as temperatures rise. Their study, led by Tom Jobson, professor in the Department of Civil and Environmental Engineering, and graduate student Yibo Huangfu, was published in the journal, Building and Environment.

Researchers know that air pollution, whether inside or outside, has a significant impact on people's health, including their heart, lungs, brain, and neurological health. But, while the government has increased regulation of outdoor air pollution over the past 40 years, there is little regulation of the air in people's homes. Building laws generally require that homes are structurally sound and that people are comfortable -- with minimal impacts from odors and humidity.

"People think of air pollution as an outdoor problem, but they fail to recognize that they're exposing themselves to much higher emission rates inside their homes," Jobson said.

These emissions come from a variety of sources, such as building materials, furniture, household chemical products, and from people's activities like cooking.

One of the ways to clear out harmful chemicals is with ventilation to the outdoors. But, with increased concern about climate change and interest in reducing energy use, builders are trying to make homes more airtight, which may inadvertently be worsening the problem.

In their study, the researchers looked at a variety of homes - meant to reflect the typical housing styles and age in the U.S. They found that formaldehyde levels rose in homes as temperatures increased inside - between three and five parts per billion every time the temperature increased one degree Celsius.

"As a home gets hotter, there is a lot more formaldehyde in the home. The materials are hotter and they off-gas at higher rates," Jobson said.

The work shows how heat waves and changing regional climate might affect indoor air quality in the future.

"As people ride out a hot summer without air conditioning, they're going to be exposed to much higher concentrations of pollutants inside," he said.

The researchers also found that pollution levels varied throughout the day - they were highest in the afternoon and lowest in the early morning. Until now, manufacturers and builders have assumed that pollutants stay the same throughout the day as they consider the emissions from their materials, so they may not be getting a true picture of how much pollution people are exposed to indoors, he said.

The researchers also were surprised to find in one home that gypsum wallboard emitted high levels of formaldehyde and possibly mercury when it's heated. That home, built in the early 1970s, had radiant heating in its ceiling, which was a popular heating system at that time.

After finding high levels of formaldehyde in the home, the researchers suspected the gypsum wallboard radiant ceiling in the home. About half of the gypsum used in homes as drywall is made from waste products of the coal industry. They pulled a piece from the home, heated it up in their laboratory, and measured high levels of formaldehyde - as much as 159 parts per billion.

Household formaldehyde exposure is notregulated in the United States, but the US Agency for Toxic Substances and Disease Registry, part of the Centers for Disease Control, has set eight parts per billion as posing a minimum risk level.

"Exposure to these chemicals impacts people's ability to think and learn," said Jobson. "It's important for people to be more cognizant of the risk -- Opening a window is a good thing."

The researchers plan to continue looking at ways to reduce exposure to indoor air pollutants, such as using green building materials.

"We have to balance making more energy efficient homes with protecting our health and cognitive function," he said.

The work was funded by the U.S. Environmental Protection Agency.