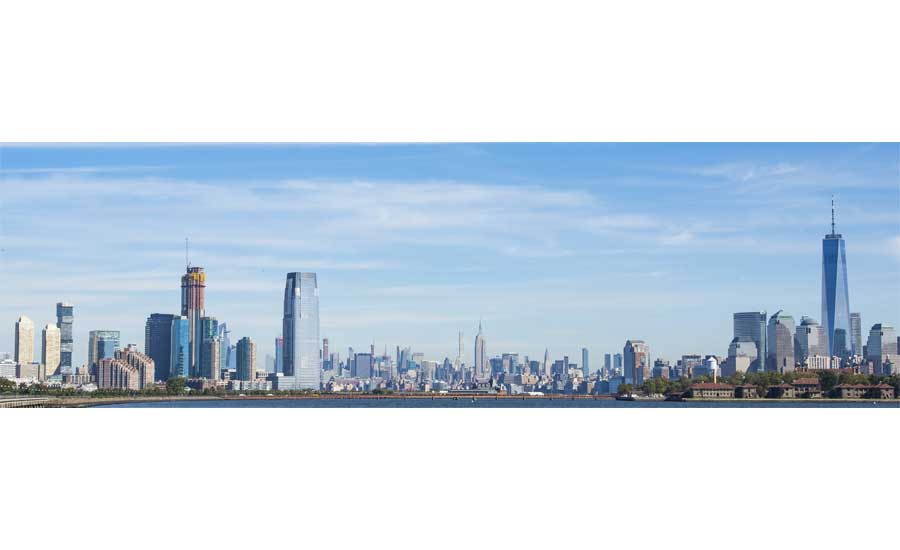 Working in two states has always presented some challenges for HVAC contractors. There were different licensing requirements, taxes, and so on. The coronavirus made this arrangement, like many others, much more difficult.

Jonathan Duncklee, owner of Duncklee Inc. Heating and Cooling in Stonnington, Connecticut, avoided work in neighboring Rhode Island for years due to different requirements. He started doing it more a few years ago. This past spring, though, getting to those jobs became more complicated.

In the spring, Rhode Island started seeing a mass influx of New Yorkers fleeing to their beach homes to escape the high case count in their home state. Gov. Gina Raimondo took extreme action, ordering the National Guard and State Police to stop all cars with New York license plates to make sure they quarantined for two weeks. Gov. Andrew Cuomo of New York threatened to sue. In response, Rhode Island authorities started making all vehicles entering and leaving the state to go through a checkpoint.

This meant Duncklee’s employees were stopped going back and forth to work, as well as when they crossed the border for jobs. The state let up in the summer and has yet to take such drastic measures even as it tightened other restrictions.

“We don’t have a border issue now, but we did then,” Duncklee said.

Meanwhile, Gov. Cuomo became much friendlier to the idea of quarantines over the summer, ordering two weeks for some visitors to his state. That doesn’t apply to residents of New Jersey, so the employees at Integrate Comfort Systems (ICS) in Carlstadt, New Jersey, haven’t been stopped going into New York City. But they have enough issues once they do get there.

New York City, where ICS does a lot of its work, has some of the most stringent job protocols in the country, said Chris Wisnewski, the firm’s vice president.

“There was a lot more office legwork to research to make sure we were doing everything the way we were supposed to be doing it,” Wisnewski said.

Portions of New York City resemble a ghost town these days, Wisnewski said, so getting to sites can be much easier. But finding a place to park once the crew arrives can prove much harder. A ban on indoor dining means restaurants are taking up space in the parking lots with outdoor seating for their customers. As a result, the ICS trucks are left to park wherever they can find space, and the firm has to pay a price.

The firm found itself without enough workers at some points in the spring as HVAC technicians were told to quarantine after possible exposure. They haven’t had that problem lately, Wisnewski said. Quarantine restrictions have some contractors taking extreme measures. Brian Turmail, vice president of public affairs and strategic initiatives at Associated General Contractors of America, said he knows of one contractor who cannot allow a foreman to travel home to New York for the holidays because of their quarantine rules.

Wisnewski said his business likely won’t be the same after the pandemic, with a shift in focus to New Jersey from New York. ICS focused on commercial work, serving large office buildings and restaurants. Now employers are considering making working from home permanent for many of the workers. Wisnewski said building managers are wondering how they will fill their office buildings. Restaurants are wondering where they will get customers without those office workers.

Many business owners have already thrown in the towel. A gym operator ICS worked for closed his doors recently. Even after New York City started allowing gyms to reopen, the clients stayed away, Wisnewski said. The gym operator told Wisnewski he went from 1,000 customers a week to 10.

ICS can do residential work, but Wisnewski has limited its efforts to large, high-end projects that resemble commercial work. He said now it pursues more residential work because there is more of it and it requires smaller crews, which makes it less susceptible to disruptions.

The challenge is that residential work requires a different approach. ICS is used to working with well-funded clients focused on quality. Residential clients are more cost conscious.

“It’s not the sales pitch they want to hear,” Wisnewski said.