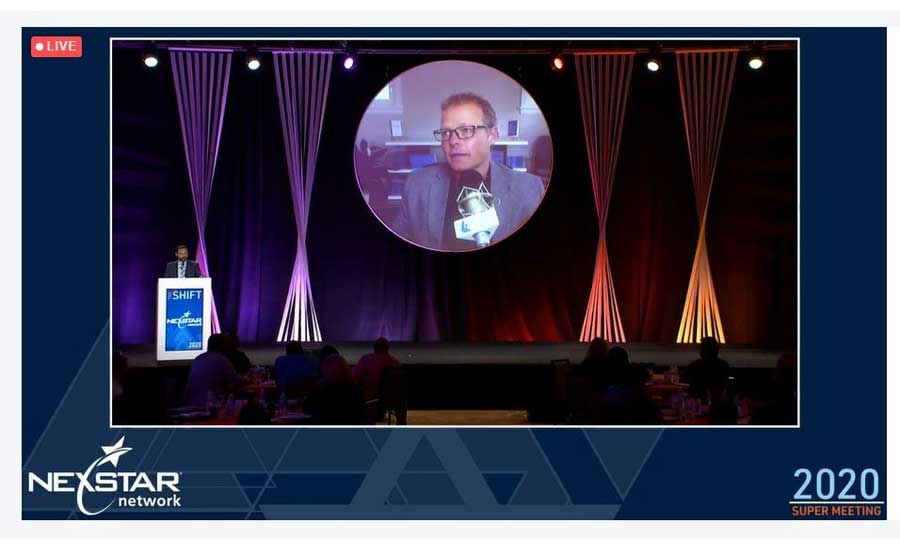 John Warrillow is the author of Built To Sell: Creating a Business That Can Thrive Without You and founder of The Value Builder System, where he helps business owners improve the value of their company. At the Nexstar Super Meeting 2020, held Oct. 6-8, Warrillow shared real-life examples of entrepreneurs who have done just that — and how HVAC contractors can apply those same principles to make their own businesses more valuable.

Twenty-nine dollars a month for an HVAC maintenance contract might seem like a really small amount of your revenue, Warrillow said.

“I'd imagine most of you are nodding your head saying, ‘Yep, gotta check that box, we already do service contracts.’ But here's the thing when you're running a recurring revenue model,” he said. “There's a different measuring stick that I think you need to consider, to know whether your recurring revenue model is working. And it's called your LTV:CAC ratio.”

LTV stands for lifetime value of a customer. CAC stands for customer acquisition cost, and the ratio compares the lifetime value of a customer versus the cost of acquiring them. For HVAC contractors, it helps determine whether or not that $29/month service contract is lucrative for your company, and how to measure the success of your service contracts model.

“Look at all the costs associated with winning a new customer, and divide it by the number of customers you won during that period,” he explained. “For example, if you spend $10,000 on radio advertising and you win two customers, your CAC is $5,000.”

The second number is the MRR (monthly recurring revenue), which is the service charge — in this example, it’s $29/month per customer.

“If you start a month with $100 of revenue coming in from service contracts and you lose $3.50 from the hundred dollars you had when you started, the month, your revenue churn rate would be 3.5%,” Warrillow explained. “Your margin is your cost of winning each new service contract. It has nothing to do with your office expenses, your trucks, etc. — it is what you have left over after you service each service contract subscriber.” That means for an HVAC contractor who changes the furnace filters as part of the subscription, the cost of the filter counts, but the cost of the technicians and the trucks do not, because this number is the hard cost associate with servicing each incremental subscriber.

To calculate the LTV, multiply the MMR by the margin, then divide that number by the churn rate.

Warrillow shared the example of HubSpot, a technology firm that uses a service contract model. In their case, the MRR was $429, and they had an 83% margin after the cost to service each new subscriber. This gave them an LTV of $350/year, or just over $10,000 total per customer.

Meanwhile, “if you do the math, it costs them $6,000 to acquire a customer,” Warrillow said. “And that’s before they pay their salaries, their gas, their office, etc. This economic model doesn't make sense, because the LTV:CAC ratio is 1.6:1. That is a definition of a service contract model, but it's broken.”

In HubSpot’s case, the company decided to start focusing on larger accounts. Their CAC went up, their MRR per customer went up, and their churn rate dropped from 3.5% to 2% because bigger companies were more stable. That drop increased their LTV to $23,000, which increased their LTV:CAC ratio to 3.5:1. The company ended up raising $100 million of venture capital, and now it’s worth more than $1 billion.

“It never would have happened had they not understood their LTV:CAC ratio,” Warrillow concluded.

That math helps HVAC contractors know where to put their resources.

“An LTV to VAV ratio north of 3:1 … means it's time to invest in your service contract model,” he said. “It's a green light to investors. The private equity community is heavily investing in the home service contracting industry, and that 3:1 LTV:CAC ratio is going to be music through their ears. That's really the secret to driving your recurring revenue up — knowing when to move those dials.”

Most companies sell a lot of things to just a few people. The most successful do exactly the opposite, Warrillow said: They sell just a few things to lots of people.

For example, Josh Conway bought his dad’s company, Conway Services. At that point, it was a $2.1 million company, with $2 million of that from new construction. Only $100,000 was in service contracts. He made some changes, but by 2008, 68% of his revenue was still from new construction. Then the home industry collapsed in the Great Recession; home values dropped, and new construction dropped off the map. The next year, his company’s revenue fell by more than a million dollars, from $6.8 million to $5 million in 2009.

The way to sell those few things is to sell them really well, providing value beyond what every other provider on the market is offering.

“My son, who is 13, struggles with a little bit of asthma,” Warrillow said, launching into another example. “When he was young, he had it more significantly — a couple times in the hospital. So if an HVAC company came to me, when my son struggles with asthma, and said, ‘Listen, we’re going to come in and change the furnace filters, and at the same time we’re there, we’re going to measure the pollutants in the air and give you a readout of any of the typical allergens that trigger asthma,’ what would I pay for that service? It’s something truly unique coming from that HVAC vendor, that would have made me buy.

“It’s competing through value, which very often [means] take your core product or service and add something to it — differentiate it with another benefit that your customers care about,” he continued. “That’s really the secret to selling less stuff to more people.”

“The most valuable companies,” Warrillow said, “are independent of any one customer, employee, or supplier. And here’s the rub: That employee also includes you, the owner.”

That means while knowing customers by name is great for delivering amazing customer service, “it also drops your likelihood to sell your company, because acquirers look at that business as, ‘Well, without the owner, it's not worth anything.’ So when you're running a business that's deeply dependent on you personally, it's not very valuable to acquire.”

In contrast, building a company that’s very independent of any one employee — including the owner — can make it very valuable.

Warrillow shared the example of Laura Morgan, a British entrepreneur who made a fortune supplying tiny bottles of soap and shampoo for hotels.

“She always dreamed of owning a company worth $10 million — having a $10 million value network,” Warrillow said. In 2011, she went to sell her company and got an offer for $12 million.

But during due diligence, the acquirer found out that Morgan herself was central to the business. She owned the relationships with the hotel companies. She owned the relationship with the manufacturing companies in China and Thailand. So the acquirer pulled the plug on the deal. Morgan was left with nothing other than her company back — and the determination not to make that mistake again.

“She doubles down on this idea of creating process, creating systems in her company that are not reliant on her,” he related. “Everything from how they build a customer to how a bottle of shampoo is manufactured is documented in her company.”

Just five years later, she sold the business for $26 million.