Saving Energy in Buildings When Nobody is in Them 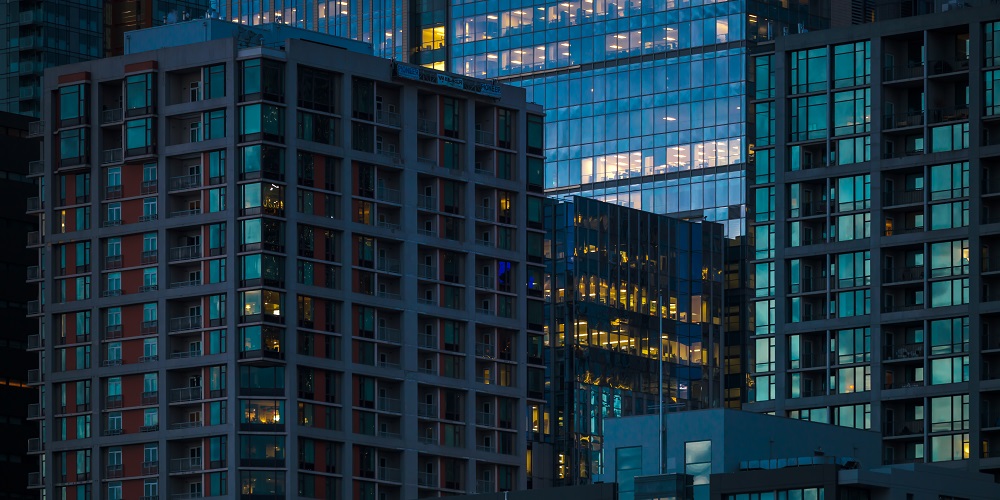 By Dr. Alan Meier, Adjunct Professor at UC Davis in the Department of Environmental Science and Policy and a faculty researcher at the UC Davis Energy and Efficiency Institute.

One of the perplexing discoveries from the COVID-19 pandemic is that the energy consumption of office buildings failed to appreciably drop when people began working at home. The Empire State Building, for example, has basically been empty, but electricity use fell only 28%. At the University of California, Davis, where I work in the Energy and Efficiency Institute, 90% of staff and students left during the pandemic, yet electricity consumption in its classrooms, offices, and labs dipped only 15%. Similar stories can be found all over the country: the workers leave, but the building keeps humming along as if they had not. The result is wasted energy, emissions, and money.

What's going on? Shouldn't the energy use of a building drop when people leave? The short answer is yes: A well-managed building will indeed save energy by setting-back the heating, AC, and lights during nights, weekends, and holidays thanks to centralized controls and decades of attention to these familiar end uses. That same approach should apply during pandemics. But what we’re seeing instead reveals important trends in building energy consumption.

First, decades of incremental efficiency improvements in HVAC, lighting, and windows have lowered the energy consumption. New, high-performance windows and LED replacements have caused step-change reductions in a building's energy use. Centralized controls have also made it easier to manage HVAC and lighting. But at the same time, new uses of electricity began appearing in buildings:  computers, printers, displays, IT equipment, battery-chargers, under-sink water heaters, fans, and audio-video (AV) equipment. For a lack of a more precise name, we call these MELs (for Miscellaneous Electrical Loads). MELs have been around since buildings were electrified, but the number of devices has mushroomed in the past few decades. Many of them are small, invisible, and distributed widely in buildings. The distinguishing energy features of MELs are that their individual energy consumption is relatively small (compared to, say, a central chiller) and a large fraction of their energy use is continuous.

The AV equipment at my university illustrates how large MELs’ electricity use can be and how difficult it is to control. I led a study in the spring that examined one building, Giedt Hall, to better understand where the electricity went, especially when it was vacant. Giedt Hall contains mostly lecture halls, so electricity consumption should fall to almost nothing when students are away. It didn't. When occupancy dropped to zero, electricity only fell by less than half. We audited the building and were surprised to discover that the AV "racks," consisting of amplifiers, mixers, network switches, recorders, and other components that enable lecturers to present multi-media material and broadcast their lectures, were responsible for about a third of Giedt Hall's electricity use during nights and weekends.

We measured the electricity use of the AV racks during lectures vs. at night. The newest racks drew almost 600 W and fell only 10% in the night. And the trend is going in the wrong direction: Each new generation of racks draws substantially more power than older ones, and the relative difference in power use between in-use and idle modes is actually decreasing.

In theory, the racks could enter a "sleep" mode when nobody needs them. This could cut electricity use 90%. In practice, they don't; the components inside the racks don't have a sleep mode, it's been disabled, or the behavior of one component tricks other components into believing that they must stay awake. And why would the IT department technicians disable the sleep mode? There's a good reason:  they are afraid that the racks won't successfully re-boot in the morning, leaving lecturers fuming while waiting for a tech to arrive and manually reboot, so to avoid complaints, the AV racks are kept on 24/7. There are at least 150 AV racks at UC Davis (and thousands more in other universities) that have been chugging away throughout the pandemic.

Electricity consumption of different generations of AV racks in active and idle modes.

At UC Davis, we are exploring ways to more reliably switch the units to a lower power mode during times we know the AV equipment is not being used. It's a complicated optimization that must take into account additional investment, IT staff time, and potential disruption of lectures, but the payback could be substantial in energy cost savings if done right.

These strategies to approach energy efficiency in new ways are reflected in the Alliance's own "Active Efficiency" plan. The pandemic has demonstrated that our energy efficiency strategies demand much more of us than just turning off the lights in an empty room – as our building’s energy loads have become more complicated, so have the responding efficiency measures. But it's far from a reason to do nothing; we just need to develop new solutions.