Can coronavirus spread through building's HVAC or plumbing? 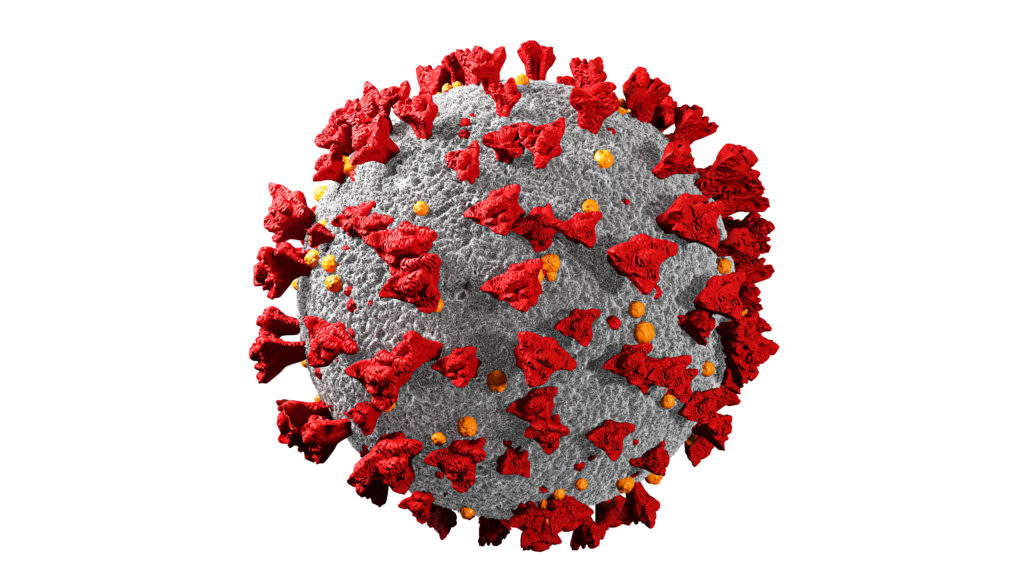 It’s a little stressful to be near other people right now, when any one of the masked strangers you pass could unwittingly be carrying SARS CoV-2, the virus that causes COVID-19. And when you live in a condo complex or apartment building, people can be hard to avoid. But once you get through the gantlet of common areas — dodging neighbors in the lobby, avoiding railings on the stairs, hitting elevator buttons with your elbow — and enter your own space, you can wash your hands, take off your mask, and stop worrying, right? It’s not as if the virus will come wafting through the air vents while you sleep, like in some scary movie, right?

The vast majority of evidence suggests that SARS CoV-2 is mainly transmitted by the large respiratory droplets that infected people expel when sneezing or coughing, said Dr. Cassandra Pierre, assistant professor of medicine at Boston University School of Medicine and a physician at Boston Medical Center. Both theUS Centers for Disease Controland the World Health Organization maintain that infections occur mainly through close-range personal contact, or by touching a contaminated surface, such as a doorknob or counter, where virus-laden droplets can land and survive up to 72 hours. “To date, we have not seen evidence for transmission through recirculated air in buildings,” Pierre said.

“But there is also concerning evidence that there may be some hybrid form of transmission — not just droplets, but potentially airborne or aerosol transmission as well,” she said. Aerosols are smaller, microscopic particles that can stay aloft and travel for longer distances.

For example, researchers at the University of Nebraska tested the hospital rooms of COVID-19 patients and found viral particles lingering in the air 6 feet or more from the patients — even a few hours later. Other preliminary studies have found similar results. “But there’s always caveats with these kinds of studies,” Pierre cautioned. “They found evidence of viral particles and viral RNA, but it doesn’t mean it’s a viable virus,” she said. In other words, it’s unknown whether those particles were still capable of infecting anyone.

And so far, Pierre said,most of that evidencehas been accompanied by “an aerosol-generating procedure,” such as a patient getting intubated. “That creates these high-velocity aerosols and expels them into the air,” Pierre said, something that may not happen in everyday settings. “No one should be getting intubated in the lobby of their building, one would hope.”

But some experts say there’s a strong possibility of airborne transmission, even during routine conversation; scientists at the National Academies of Sciences, Engineering, and Medicine in Aprilsubmitted a letterto the White House asserting as much.

Joseph Allen, assistant professor at the Harvard School of Public Health and director of itsHealthy Buildings program, has been warningsince early Februarythat airborne transmission is happening. “And since that time, every new piece of evidence has supported that,” Allen said.

In aforthcoming (not yet peer-reviewed) paper, Allen and Virginia Tech environmental engineering professor Linsey Marr explain that there are documented cases of transmission by asymptomatic individuals — who, by definition, would not be coughing or sneezing and spraying large droplets around.

“There are studies now showing we detect viral RNA in places where it could only have gotten there from airborne transmission,” Allen said. He also cites evidence from various outbreaks, from a cruise ship to the Biogen conference to a choir practice where, despite taking a range of precautions, a number of singers got infected. “You take that totality of evidence since January, it’s been clear to people in my field that airborne transmission is happening,” Allen said.

If SARS CoV-2 can be transmitted by smaller airborne particles, that presents new challenges — as well as solutions — to containing the spread, especially when it comes to large buildings. “This is why control strategies that involve the ventilation system are critically important,” Allen said.

Fortunately, there’s a pretty simple solution, one Allen said would make sense even if we weren’t in the midst of a pandemic. “We can put in high-efficiency filters for the recirculated air, which can be really effective at capturing airborne particles,” he said.

If you live in a mechanically ventilated building, Allen suggested asking the landlord or manager about the HVAC system: Does it bring in fresh outdoor air? If air is being recirculated throughout the building, how is it being handled? “Make sure they have high-efficiency filters, a MERV 13 or greater,” he added, referring to the rating system for air filters.

Contrary to some misconceptions, Allen said, HEPA filters should be quite effective at capturing SARS CoV-2 particles. “Filters are rated against the particle size they perform worst against,” Allen said, so the 99.97 percent efficiency rating you see on a HEPA filter is for particles at 0.3 microns. “But it actually performs even better at smaller or larger sizes,” he said.

The American Society of Heating, Refrigerating and Air-Conditioning Engineers offers similar guidance. “Transmission of SARS-CoV-2 through the air is sufficiently likely that airborne exposure to the virus should be controlled. Changes to building operations, including the operation of heating, ventilating, and air-conditioning systems, can reduce airborne exposures,” the trade group said in astatement in April.

A lower-tech solution is simply to allow more fresh air into the building. Like handwashing or covering your cough, Allen said, ventilating spaces with outdoor air is a basic public health practice and can dilute contaminated indoor air. “If you have operable windows, you keep your windows open,” Allen said. For residents concerned about recirculated air in their building, he added, “a supplemental  control strategy can be the use of portable air purifiers — which, if they have a HEPA filter and they’re sized correctly for the room, can be effective at capturing airborne particles as well.”

An even less likelier, but definitely more revolting, route of transmission could be a building’s plumbing network. “As little as we know about air, we know considerably less about plumbing,” Pierre said. “We do know that the virus can be shed in the stool,” she said, and could live in sewage if it’s like other coronaviruses. Pierre points to a famous case in Hong Kong during the SARS outbreak of the early 2000s, when the virus spread to more than 300 people in the Amoy Gardens housing complex — largely through open drains in the bathroom floors, which allowed aerosols from infected waste to migrate throughout the apartment building.

That’s obviously a scary and disgusting prospect, Pierre acknowledged, but it’s rare to find such drain systems in the United States. (If you’ve ever wondered why most drains have a U-shaped bend in them, it’s to allow water to stay in the pipe, blocking sewage gases from coming back up.) Still, she said, it’s worth ensuring that your drains are working properly.

Allen adds that, in addition to washing your hands after using the bathroom, shutting the toilet lid before flushing and running the exhaust fan is good practice. “Several reports now have shown this virus detected in stool in kids and adults for several weeks post infection, and we know that when you flush the toilet you generate bioaerosols that can stay aloft,” Allen said. (And don’t worry: Bathroom exhaust fans generally vent directly outside, not back into the building.)

Residents in any big building simply need to stay careful and vigilant, Allen said. In addition to universal precautions like washing your hands often and social distancing, both Pierre and Allen recommend wearing a mask outside your apartment, including in the elevator and any common areas of your building, to protect against inhaling infected particles — whatever size they are.

“These are the areas where you’re more likely to be breathing in air of someone who is sick,” Allen said.