Read This Before You Buy Ductless AC 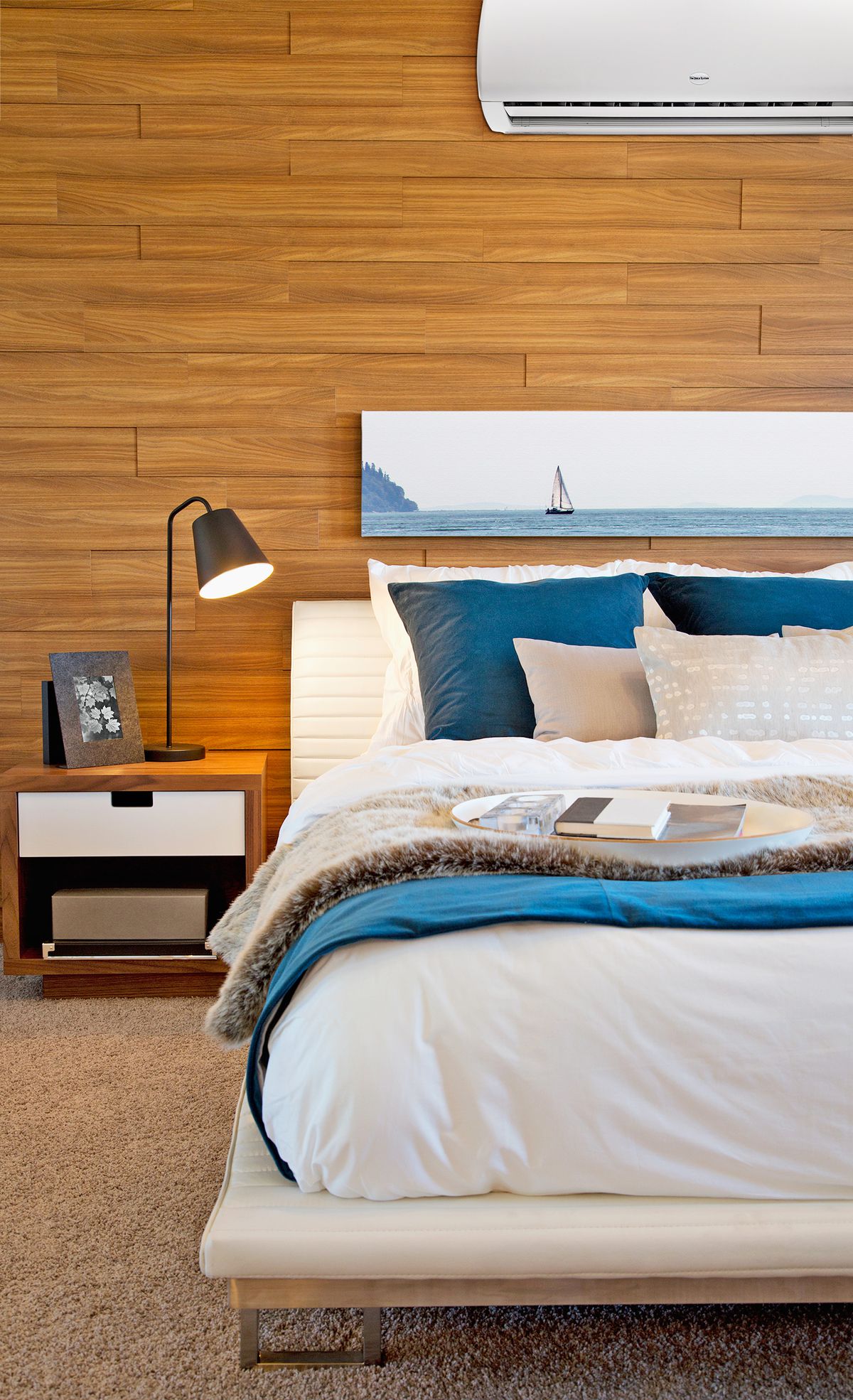 All air-conditioning uses the same outdoor components to produce the cold refrigerant that cools the air inside a home. The difference with a ductless AC system (see illustration) is where that air is cooled and how it’s distributed.

Central-air systems send refrigerant to a bulky central air handler that then blows cool air into the house through a network of ducts. Ductless systems pump refrigerant to compact indoor units within individual rooms. Each split AC unit operates like a miniature air handler, delivering cold air into its own zone only when it’s needed.

Because there are no ducts, these systems don't have the air leaks, heat gains, or pressure imbalances that can undermine the efficiency and comfort of a central-air setup. And installation is a snap. It's far easier and faster to fish a narrow bundle of insulated refrigerant lines through a house than to retrofit bulky HVAC ducts.

You're likely to save 30% of electricity by replacing window AC units with a ductless system. Coincidentally, that's also about how much cooling is typically lost in central-air systems, thanks to leaky, poorly insulated ductwork.

Beware of installers who size a split AC unit using a rule-of-thumb estimate. More often than not, the result is oversize equipment that's costly to operate and can't effectively reduce humidity levels. Instead, insist on a “Manual J” heat-load calculation. It figures system size based on math and factors such as climate, insulation levels, and sun exposure.

All cooling systems carry a Seasonal Energy Efficiency Ratio (SEER) rating, which compares cooling capacity with the amount of electricity used over the course of a typical cooling season. Ratings on today's systems range from 13 to 33 SEER. As the graph below shows, the higher the rating, the more you'll pay for your system, and the lower your electricity bills will be come summer. To see what effect SEER ratings have on estimated operating costs in your area, go to the central AC life-cycle cost calculator at energystar.gov. System prices come from acwholesalers.com.

In the parlance of air-conditioning, a ton is not a measure of weight; it's a measure of cooling capacity. One ton of cooling extracts 12,000 Btus per hour from a space. That's enough heat to melt 1 ton of ice within 24 hours, hence the connection between weight and comfort. The capacity of ductless systems ranges from 3⁄4 to 4 tons.

All indoor split AC units include mesh filters that collect dust. But some, such as Mitsubishi Electric's, also offer filters treated with enzymes, to break down allergens like pet dander and dust mites, as well as ceramic filters embedded with platinum catalysts that neutralize odors.

At first, ductless systems were simple, single-room affairs, often installed as replacements for window air conditioners. But now some outdoor units, like the ones made by Carrier, have grown so powerful they can supply refrigerant to as many as nine separate indoor units. Amazingly, each unit in one of these “multi-split” systems still operates independently. When it comes to customized zoning, this option is hard to top.

Ductless systems can produce both hot and cold air if you get a heat pump for the outdoor unit. Its key component is a reversing valve, which switches the direction of refrigerant flow to suit the season.

Time was, heat-pump systems made sense only where temps didn't dip below freezing on winter nights. But with recent advancements in compressor technology, units like those made by Fujitsu are able to operate down to −15°F, proving their worth in frigid states from Maine to Minnesota.

The easiest to install and least expensive unit of the group, it is also the most common type. Best for cooling single rooms. Motorized vanes at the bottom of the unit control direction of airflow. Operates at 26 decibels (dB).

Sends air in four directions at the same time, making it a good choice for large, open floor plans. Also called a cassette, it requires nearly 10 inches of clearance above the ceiling. Operates at about 36 dB.

Resting on or near the floor, this type directs air toward the ceiling. It's the easiest unit to maintain, due to its location. (Some units can also be suspended from the ceiling.) Operates at about 35 dB.

This least obtrusive option sits above a soffit or ceiling and feeds air to different rooms through as much as 12 feet of hidden ducts; you see only the grilles. The unit must be accessible for servicing. Operates at about 30 dB.

Wireless controls: There's no need for a separate wall thermostat with ductless units—you regulate them with a line-of-sight remote. Some systems, such as LG’s (shown), have Wi-Fi links that put your smartphone in control no matter where you are.

Sensors: A built-in occupancy sensor, like the ones from Panasonic, maximizes energy savings by ramping up the indoor unit when you enter the room and turning it down when you leave.