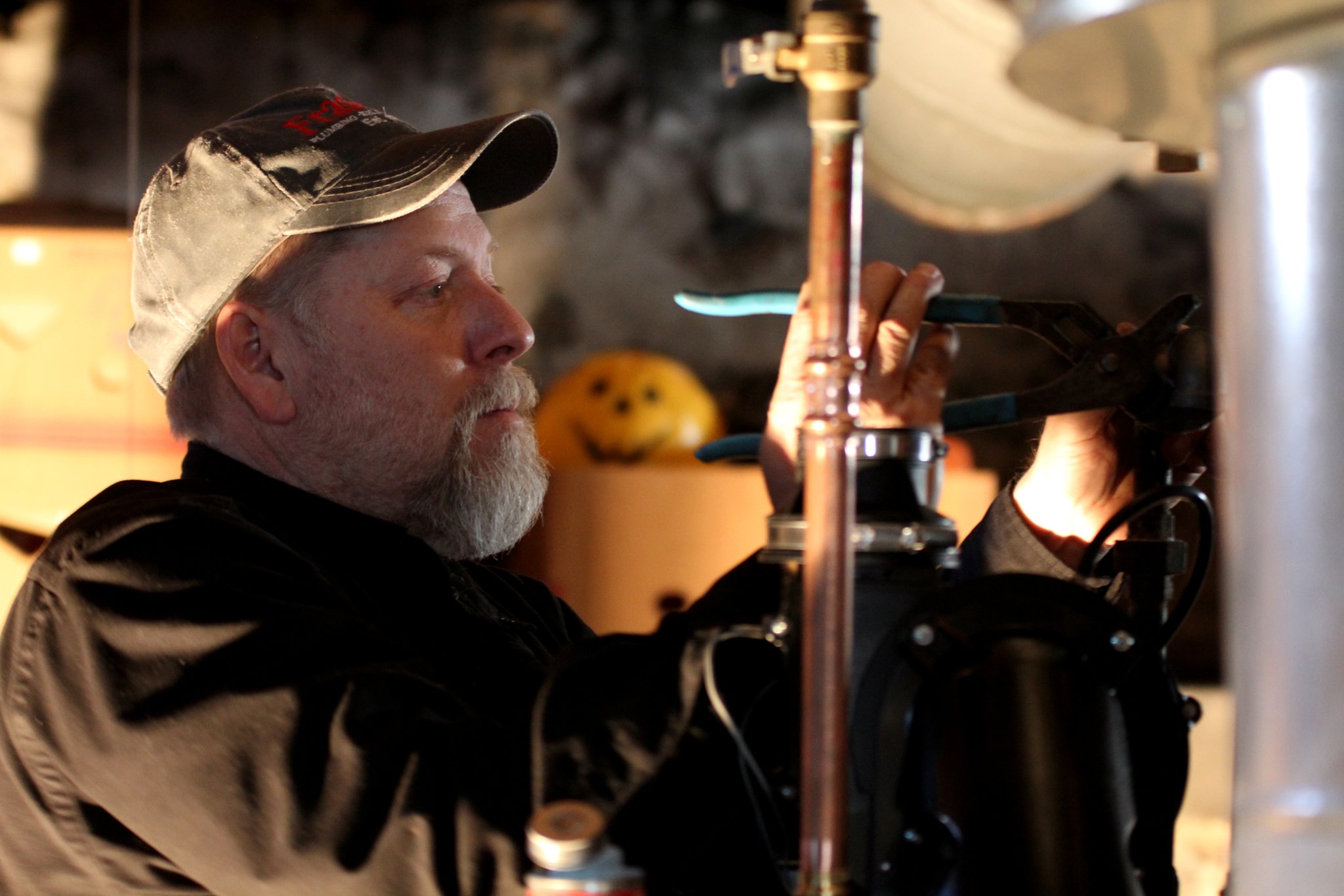 Even though the scope of work has grown more expansive over the years, things operate pretty smoothly for T ‘N G Plumbing’s Pay It Forward program these days.

Since 2014, each year the company targets a person in need and provides them an array of home improvements, largely focused around bathroom plumbing work.

“I just call and say here’s my list,” says Gina Grundmeier, who owns T ‘N G Plumbing, based in Dexter, Minnesota, with husband Todd. “We have enough people who support us that the most I have to do now is detailing the bathrooms at the end. That takes more of my time than lining everything up. It flows really well.”

When you account for all of the donated time, materials and money, the 2020 Pay It Forward project that was recently completed had an $85,000 value. A good chunk of that was spent on two wheelchair lifts for recipient Henry Mandler, a single father of three who is paralyzed from a December 2018 car accident.

“The chair lifts were beyond essential for him, and he’s in a split level home so we had to get two systems,” Grundmeier says.

Prior to the remodel, Mandler was using 2x6s to get up and down stairs, a testament, Grundmeier says, to both his physical and mental strength and part of the reason his story stuck out this year among all the nominated potential recipients.

“He wants to walk again and he’s as determined as can be,” says Grundmeier.

When T ‘N G Plumbing’s Pay It Forward program began in 2014, the value of the project totaled $25,000. Today it’s difficult to fully describe everything that a Pay It Forward recipient receives in a given year. T ‘N G Plumbing has developed a healthy list of reliable partners who continually support the program with donations, either time, money, or equipment and materials. It’s become a never-ending endeavor, with some smaller efforts throughout the year receiving the support of the program in addition to the larger project every spring. To date, Pay It Forward has done $387,000 worth of work in total, according to Grundmeier, with about $334,000 of that going toward the seven large-scale projects that have now been completed.

The goal of the 2020 project was to make Mandler’s home more wheelchair accessible, which included not only the bathrooms but extended throughout the home. The list is exhaustive — finishing a breezeway from the house to the garage that had been only partially completed, a new washer and dryer, new kitchen items, modifications to the children’s playroom, new flooring in some areas, a new furnace, fresh paint for nearly all the rooms. And there are plenty more items that were on the official completed to-do list.

“We even took out a dead tree for him,” Grundmeier says.

The COVID-19 pandemic was a potential obstacle for this year’s project, which occurred over the course of a week in late March, but everything was able to get done on the intended schedule.

“The pandemic did make me nervous, but at that point we weren’t in full lockdown yet in Minnesota,” Grundmeier says. “Fortunately, it worked out.”

The only change is that they haven’t yet held the appreciation party that typically concludes each year’s project.

The bigger challenge for Pay It Forward in 2020 actually occurred nearly 300 miles away. For the first time the program’s influence extended beyond T ‘N G Plumbing’s direct service area. Grundmeier spent several months helping to coordinate a charitable plumbing project for a family in need in Rhinelander, Wisconsin, (the project is still getting wrapped up) with Pay It Forward donations even helping to purchase some items. And Grundmeier did it all remotely.

“I found it challenging,” Grundmeier says. “It was like our first year with the Pay It Forward program all over again. In Rhinelander, people had no idea who we were or what we were trying to accomplish.”

It started with Immanuel Evangelical Lutheran Church in Rhinelander looking to help one of its families with some minor plumbing issues. There ended up being more at play than a few minor issues, and the church reached out to Grundmeier for advice on how to go about helping the family. From there, Grundmeier took off with her new consultant role, getting Rhinelander plumbing company Frasier’s on board and securing various items, some of them through contacts she’s developed over the years with Pay It Forward.

“I started helping with that last year,” Grundmeier says. “It took a few months to get things lined up and the distance didn’t help. I normally like to do things face-to-face, but I had to do this all over the phone. I’m thankful for Frasier’s because they were the ones willing to do it.”

Another key contributor was Johnstone Supply, which has been a supporter of Pay It Forward since the first year and aided the Rhinelander project by donating a water heater. Pay It Forward used its own donation fund to purchase things like a bathtub, vanity and fixtures. Frasier’s is handling the HVAC side through its vendors and still has plans to donate a new furnace and air conditioning.

“It was a pleasure working with the church and Gina,” says Kyle Leighton, service manager for Frasier’s, estimating that so far the company has contributed about $7,000 worth of labor to the project. “We’ve done small things like this in the past, and we’d like to do more as we continue to grow and give back to the community.”

Although she didn’t assist with a specific project as with Rhinelander, Grundmeier also recently did an over-the-phone consultation with a plumbing company in Denton, Texas, about how to get a charitable program going.

“They wanted to know how do you start, and I just walked them through the process,” Grundmeier says. “I said you can do something small. It doesn’t have to be big right away. There are so many places that need a program like this.”

Media Core put together a video this year that gets to the heart of what T ‘N G Plumbing’s Pay It Forward program is all about:

It Takes a Village: 20 Companies Come Together for Fifth Year of Plumbing Firm’s Charitable Renovation Project

Minnesota Plumbing Company Pays It Forward — One Bathroom at a Time