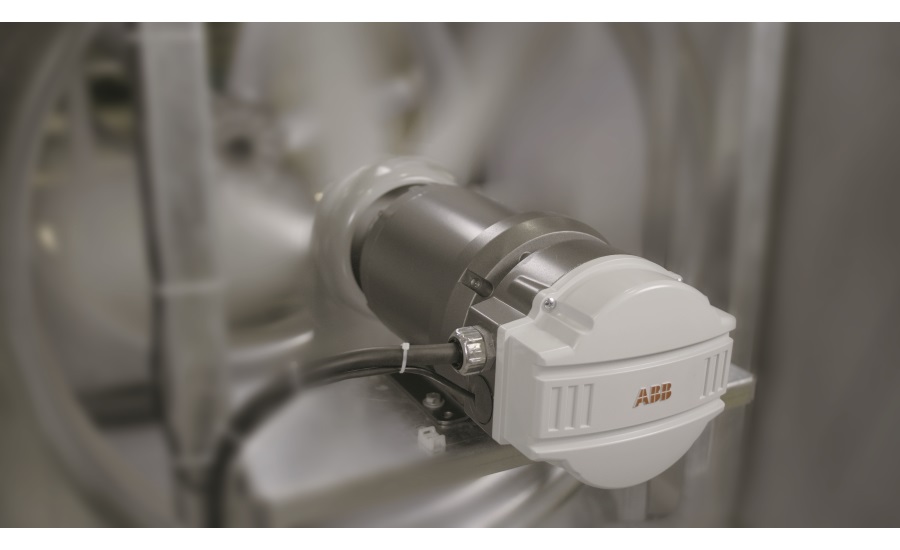 Flexible, shared offices can benefit from smart technologies and special coworking software in many ways. From access control to improved lighting and temperature control, a ‘smart office’ means that you can automate most processes within a building. But, unlike large corporations, shared office spaces are occupied by multiple ‘owners’ with varying needs. To get the most out of the HVAC systems requires smart planning.

One of the most important considerations is to understand the load profile of the building in detail in terms not only of the temperature requirements but also how occupancy levels vary throughout the day and the working week. In most cases, this profiling will show that full load is a rare occurrence. In fact, many buildings are operating at 80% load or below for 99% of the time.

Therefore, rather than aiming for the most energy-efficient and cost-effective HVAC solution for a full load that rarely occurs, the system should be optimized for the best performance under the most common part-load situations. Of course, the system will still need to have the capacity to support a full load when it does occur.

Location is a further vital factor. For example, the load profile for a high-rise office building in Denmark would be vastly different from that of a similar building in, for example, Singapore. Only when using a relevant, local profile to calculate energy usage at appropriate load points, can solutions be comparable.

According to the U.S. Small Business Administration, HVAC systems account for about 40% of energy usage in commercial buildings. Consequently, the goal of building owners is to improve the efficiency of their HVAC systems to reduce costs, energy consumption, and greenhouse gas emissions.

The good news is that every facility can achieve significant energy and cost savings through proper design, installation, and scheduled maintenance of their HVAC equipment. The types of HVAC systems in commercial buildings can be divided into three broad categories – centralized, packaged, and individual. Some HVAC solutions, though, have a drawback in the sense that their full energy efficiency isn’t achieved when the building runs at part load – an aspect that mainly relates to the selection of motor design and controls as well as other equipment.

As a result, ABB has invested heavily in research to ensure the high efficiency of its motors and variable-speed drives (VSDs), even at part loads. In addition, the European Standard EN 50598-2 “Efficiency classes of converters and drive systems,” introduced in December 2014, brought in two energy efficiency classifications for variable-speed solutions.

Some new standards are also relevant to motor efficiency when operating at variable speed. This allows building operators to understand their efficiency not only at full load but also how efficiency varies over the total load profile.

If a building has a relatively flat efficiency curve and uses high-quality components, the initial cost of equipment, such as VSDs capable of running at part load, might seem expensive. However, if you look at the life cycle of the building and the potential for added value, then the energy savings achieved at part-load conditions far outweigh the initial capital outlay.

The variation in efficiency between various motor types and motor control technologies under part-load operations can be up to 10%. This can have a significant impact on the potential for substantial energy savings throughout a building’s life cycle. That’s why it’s critical to specify solutions that offer the highest efficiency in the building’s most common operating range.

Today’s VSDs offer a wealth of features and smart functions that enable building engineers to optimize the efficiency of motor-driven applications. It is feasible to optimize the systems for performance at or below 80% load to increase energy efficiency and reduce operating costs. This can be achieved by selecting the pump, fan and cooling units, and the motors operating the application, so that they achieve their best efficiency at the normal load point for pressure and flow.

An added benefit is that onboard counters can show precisely how much energy is used in kWh compared to direct-on-line (DOL) control methods. Also, the drive can show how much carbon dioxide (CO2) emissions have been saved. This information is vital to build the financial case for adopting VSD technology.

One result of the optimization process can be the specification of a smaller fan, which, thanks to the VSD, can be operated at a higher than nominal speed for the few occasions during the year when peak load is experienced. Smaller units take up less space in the building, making more room available for tenants and therefore potentially increasing revenue. They are also cheaper to purchase, as well as being lighter and easier to install and transport, which all reduce the capital costs. There is also a knock-on effect throughout the system as smaller fan units can also save costs by reducing the size of ducting, dampers, and other equipment.

Adding a VSD to a DOL-controlled motor saves an enormous amount of energy. For example, slowing a 30-kW motor down by just 10% saves 27% of the energy used. That can equate to savings of many thousands of dollars a year. And the larger the motor and the greater the speed reduction then the better the saving — a single 400-kW motor slowed to 70% flow with a VSD could save tens of thousands of dollars a year, as energy consumption will be reduced to less than 40%. Payback periods depend on the installation and load profile but typically range from six months to two years.

Allowing the drive to control the process using its internal application controller brings even further savings. With this feature, the VSD automatically detects changes in the load and then controls the motor at its ideal speed, thus saving energy consistently throughout the lifetime of an application.

There is also a further benefit of applying variable-speed drives, which is that there is a log-linear relationship between the rotational speed of a fan and its noise level (expressed in decibels). What that means is that a relatively moderate reduction in fan speed can result in a 50% reduction in perceived noise. There will of course be an increase in noise when a smaller unit is required to operate at above nominal speed to meet peak demand, but this is offset by the significant decrease in noise throughout most of the year.

Traditional HVAC systems have focused on cooling the air instead of purifying it, but with the rise in pollution, air quality is a major consideration. To prevent harmful particles from entering the building requires appropriate filtering. This, in turn, calls for more automation to monitor the filters to prevent them from getting clogged up. This function is already integrated in smart drives, so owners can be alerted when it’s time to change the filters.

Most building operators have a maintenance schedule, but if a filter is replaced when it’s still clean, it’s a waste of resources. The energy saving is, of course, still there because there is a clean filter, but the previous one was also clean. The aim is, therefore, to optimize energy consumption as well as material usage to increase savings.

An added factor to consider in a shared office space is that of overutilization. For example, a meeting room might have been designed for six people, but with extra seating it makes provision for 10. Therefore, if space gets filled, CO2 levels will spike, which compromises air quality.

A well-automated building will usually have two sensors — one for temperature control and one for CO2 measurement. As the CO2 levels rise, the HVAC drive must be able to force-ventilate the building to maintain workforce efficiency.

In HVAC, the most critical focus for building operators is to move toward specifying needs rather than technical solutions. Smart buildings are evolving at a staggering pace. Cutting-edge technology may be obsolete tomorrow, and a smart building needs to be able to dynamically respond to the immediate and future needs of owners and occupants. This requires active dialogue between owners, operators, and occupants to define the goals.

How these goals are defined will lead to specific solutions throughout the building’s lifetime. For example, in addition to reducing energy costs, goals may include an end user education strategy, which increases occupant engagement and provides facilities management with information used for preventive maintenance.

The trend toward large residential areas growing into ‘cities within the city’ and the rising demand for mixed-use developments imposes new requirements on building management systems (BMS) and the accompanying equipment. To ensure a reliable, cost-effective system that creates comfort for building occupants, seamless integration, connectivity, and communication are key requirements. These prerequisites can pose a challenge in integrated developments.

Damansara City is the flagship development for property developer Guocoland Malaysia in Kuala Lumpur. It consists of two premium office towers, 370 units of luxury residences, an F&B-centric lifestyle mall, and a five-star hotel covering more than 200,000 square meters. It is a prime shopping destination that attracts nearly 6,000 visitors per day.

To ensure the smooth interaction of all the assets, the developer opted for a BACnet-enabled BMS that integrates every HVAC device fitted across the vast space. This includes water pumps, air-handling units, fresh air fans, and ABB’s BACnet-certified ACH550 VSDs.

The VSDs help to keep the complex at a steady, comfortable temperature for residents and shoppers — despite the heat of that region. They also give the Damansara City building operator great flexibility and control over the HVAC system. As a result, they were able to adapt the cooling and ventilation of the buildings during the initial periods of low occupancy when the Damansara City project was first completed — thereby cutting energy costs by up to 30%.

Without the VSDs, the motors in the HVAC system would run at full speed all the time, which consumes a considerable amount of energy. By adding the drives to the BMS, it was possible to monitor and increase the power incrementally to match the actual needs.

Aside from saving energy, the BACnet protocol offers data exchange with no licensing fees payable. The system delivered further savings of between 30%-40% in installation fees due to less cabling required compared to traditional control cabling.

The system has proven to be highly reliable since its commissioning in 2016. The complex can be monitored and controlled centrally, which means fewer operational errors and long-term efficiency, comfort, and health.

Finally, while a standard BMS provides automation of the HVAC systems and implements control strategies that can reduce energy costs, it is no match for a smart building. Not only do smart buildings offer significantly more proactive decision-making and automation, they integrate cloud-based data analytic software, as well as advanced control strategies to boost energy savings and improve operations.