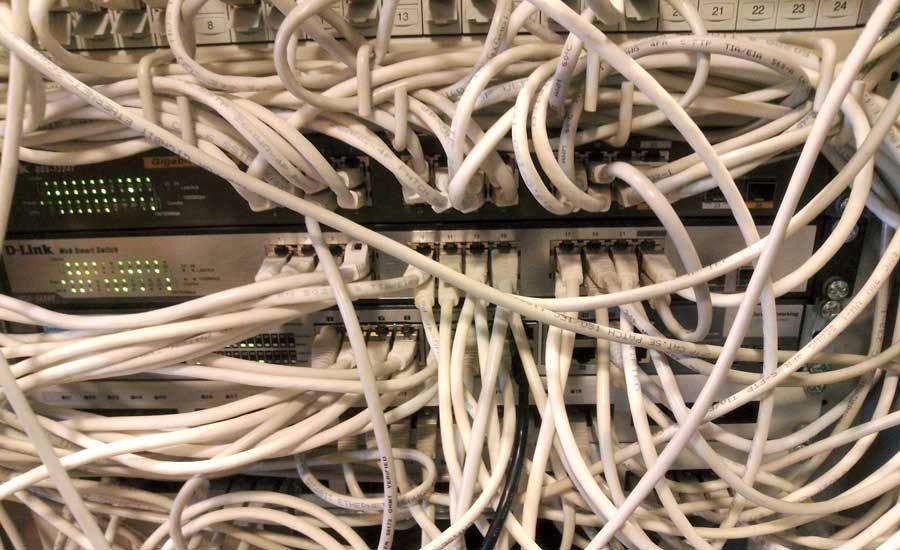 A communication revolution is occurring in HVAC, and it’s the machines that are doing the talking. The connected world of communicating controls has settled firmly into HVAC equipment, and how they communicate translates into a new skill set for technicians to learn.

Coined broadly as the Internet of Things (IoT), the enhanced sophistication of communicating equipment with user devices, other machines, and building automation systems is proving IoT to be an imprecise term, according to Steven T. Bushby, leader, Mechanical Systems and Controls Group, National Institute of Standards and Technology (NIST), Gaithersburg, Maryland, and chair of ASHRAE’s Smart Grid Application Guide ad hoc committee.

“The Internet has been used to connect buildings and share information since the late 1990s, well before the term IoT was coined,” he said. “Context matters, though, and it is useful to think instead of IoT as a consumer IoT, industrial IoT, and building IoT. They each have their own purposes and very different operational constraints.”

One of the first steps to understanding machine communication and how it impacts HVAC technicians is to learn the foundational concept associated with the technology. Take, for example, the Open Systems Interconnection (OSI) model. Created in Europe by the International Organization for Standardization (ISO), this model consists of seven primary layers: physical, data link, network, transport, session, presentation, and application. Another popular model, especially in America where it was developed by the Department of Defense’s (DOD’s) Defense Advanced Research Projects Agency, is the five-layer interconnection model. Sometimes called the Transmission Control Protocol/Internet Protocol (TCP/IP) model, its layers are physical, data link, network, transport, and application.

“Understand at a basic level the purpose of each layer, what kind of software supports each one, and what happens in each layer end-to-end through the Internet,” said David Bohlmann, vice president of technology, KMC Controls. “This provides a framework to understand what the protocols are doing and helps with troubleshooting at a basic level. It also helps cut through the hype of marketers.”

His suggestion to help technicians and contractors further understand these two models is to do a Google search on “understanding OSI reference model” and start reading. Other search topics recommended were “basic network protocol fundamentals” and “tutorials for IoT protocols.”

“The more you know, the less time you will spend troubleshooting and getting the job done,” he explained. “There really is no 10,000-foot understanding that does much good. You have to get down and dirty [in the material].”

“BACnet is currently the leading protocol with a high market share globally, and with the demand for this protocol growing in every country worldwide,” stated the report. “Other growing protocols are KNX and wireless protocols. Open protocols are in greater demand in the market, and manufacturer-independent, open protocols with certification schemes and interoperability with wirelessly connected devices will survive.”

“It supports multiple physical layers including standard IP networking as well as twisted pair networking,” he said. “It is widely used in individual buildings as well as large campus installations.”

KNX, which stands for Konnex Networks, is rising on the global stage but is primarily found in Europe for building control and home automation. According to Bushby, it evolved from the merger of two competing technologies developed in Europe.

“It is used for heating, lighting, and access control systems in family homes and some office environments,” he explained. “One of its features is that it was intended to be installed by electrical contractors to reduce costs in constructing or renovating residential and small commercial buildings.”

Although Modbus didn’t make the top three ranking globally, the BSRIA study showed that in North America, it is running a strong second. Bohlmann explained that this is an older protocol primarily used for meters, like electric, gas, and water, but that it can also be found on devices like sensors and some remote actuators. It is a two wire configuration that can be used over TCP/IP and RS-485.

“Modbus is still used, and contractors need to know about it,” said Ron Bernstein, chief ambassador, global program manager, and strategic support for LonMark® International. “There may be instances where replacements or add-ons to an existing Modbus system are required.”

LonWorks is a communication protocol that enables equipment to share information across either a twisted pair wire or another medium.

“It was designed very specifically for the requirements of building automation, as well as other applications like smart cities and process controls,” said Bernstein. “However, it was purpose-built for control, networking, and communication from equipment to other equipment, as well as equipment to monitoring systems.”

According to Bernstein, LonWorks is well defined and has standard device profiles available.

“If you want to put in an air handler, there’s a standard profile that everyone has to meet,” he said. “If you are installing a fan coil, unit heater, thermostat, etc., these profiles have to be adopted and implemented in the device in order to guarantee interoperability.”

“The dust has not really settled on IoT protocols,” said Bohlmann. “In some ways, the maturity of IoT today is about where the maturity of the World Wide Web was before HTML was invented. In some ways, it is a bit more chaotic, because there are more physical layers involved and different kinds of verticals coming into the fray all at once.”