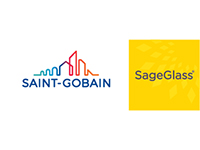 Glatt, based in Binzen, has laid the foundation for further development of its new company site with two new buildings at its Technology Centre in Haltingen. As part of this development the new Technology Centre was fitted with SageGlass. The Challenge The goal of the architectural firm Burckhardt + Partner was to plan a building that is as energy-efficient as possible, and which significantly reduces maintenance costs. Glatt's previous experience with external roller blinds on other buildings has been extremely negative. That was why the new Technology Centre was fitted with SageGlass – electronically controlled, tintable glass windows. The Solution SageGlass was specifically chosen because of the optimal control of the energy gain. The light transmission of SageGlass is adjustable from 1% to 60% in four stages. In addition to protection from glaringly bright sunlight, this reduction minimizes the heat input with g values between 40% and 3%. So the glass itself ensures a pleasant room climate even in brightly lit rooms with high outside temperatures. Additionally, SageGlass does not have any mechanical wearing parts, which considerably reduces maintenance costs. The SageGlass control system was integrated into the existing building management system over a BACnet interface that controls the panes according to temperature. An individual manual control wall switch is possible for every employee. Two hours after a manual command, the system resumes automatic control in order to maintain energy efficiency. The Benefits The use of SageGlass efficiently manages the building energy consumption by reducing the energy cooling loads and artificial light. Furthermore, the dimensions of the air conditioning system was smaller than planned, which was one reason why the cellar that housed the air conditioning system was also constructed smaller than was originally planned. Building occupants can now automatically tint the complete façade depending on the degree of daylight, heat and glare without losing the outside view. Additionally, every employee is able to separately regulate the tint of the window pane at their workplace. This has significantly increased comfort in the workplace.