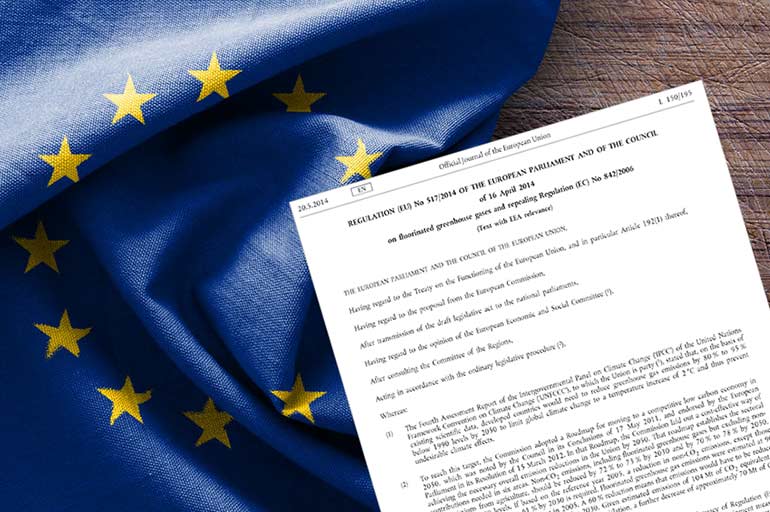 EUROPE: The European Commission is backing the use of propane (R290) in small split-system air conditioners, with the future possibility of a maximum GWP of 150 for new equipment.

The new report from the European Commission says: “It appears technically possible to avoid F-gases today in new single split air conditioning with a cooling capacity below 7kW by using the refrigerant R290 (propane), unless national legislation or codes prohibit its use.”

Further, the report promotes the end of R410A in small splits. “Thus refrigerants with a GWP >750 in new equipment are no longer needed in small single split systems, unless in applications where it is prohibited to use a flammable refrigerant by building codes and other legislative requirements,” it states.

The report – The availability of refrigerants for new split air conditioning systems that can replace fluorinated greenhouse gases or result in a lower climate impact – is based on the findings of a study conducted by Öko Recherché and subsequent discussions with stakeholder organisations at the Commission’s F-gas Consultation Forum.

The contents of the report will form part of the evaluation and proposals to revise the F-gas Regulation in Q4 2021.

Europe has been quick to adopt the “mildly flammable” A2L refrigerant R32 in small splits with many manufacturers ceasing to supply R410A units. While the take up of R32 units varies between individual member states, the European Commission claims that R32 achieved an 80% market share in most countries in 2019.

In France, national legislation about the use of flammable refrigerants in public access buildings has evolved in 2019, but still contains certain constraints depending on whether the refrigerant is A2/A2L or A3. In the case of high-rise buildings, the use of A2/A2L and A3 refrigerants is prohibited but some work on related legislation is still ongoing, the Commission says. About 60% of split systems put on the French market in 2019 were using R32. A roadmap has been established and all the manufacturers are said to be committed to using a refrigerant with GWP