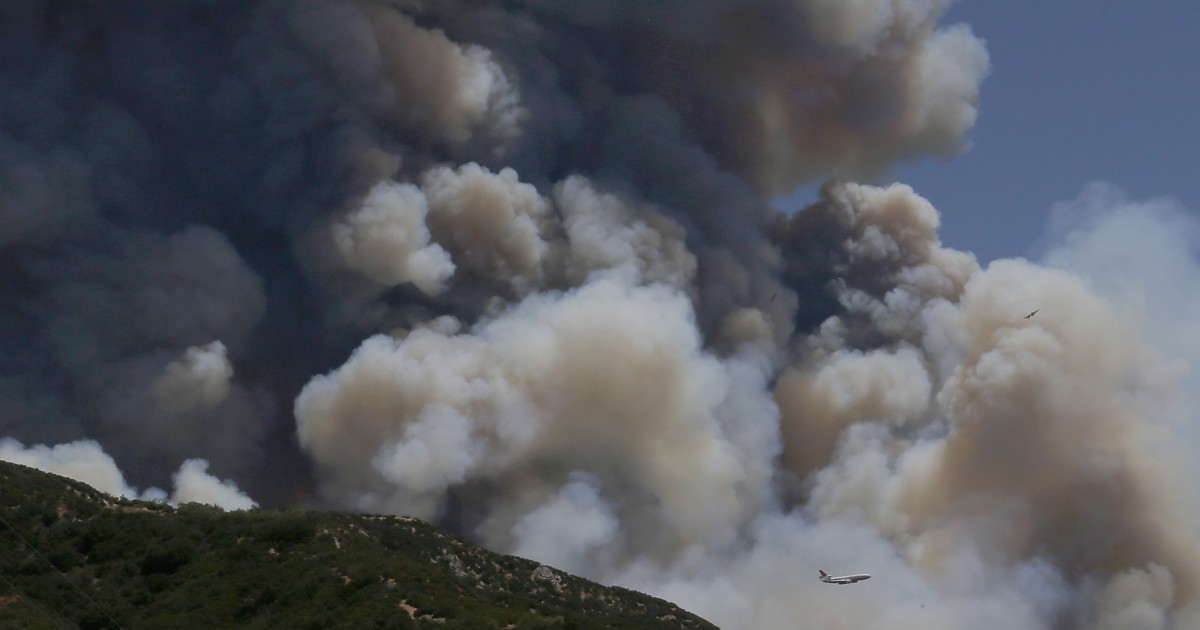 Gregory Malin remembers the night he realized a breath of fresh air could help sell a mansion.

The year was 2009. Some 2.8 million foreclosures were underway across the nation. Malin was hosting a party in San Francisco’s tony Pacific Heights, where his real estate development and investment firm, Troon Pacific, had bought a house for $6 million to gut and renovate it as a showpiece. They’d turned it into the greenest residence in the city, scoring super-platinum points on the LEED certification scale. Now they were showing it off.

A woman approached him and asked: “Oh, my God. What do you do in this home? Do you produce oxygen? I feel so much better right now than I felt all year,” Malin recalls. He had installed a state-of-the-art ventilation system for energy efficiency, but it also kept fresh filtered air moving through the building.

Something clicked. “My late wife looked at me and said, ‘Truly, the greatest luxury in life is your health.’”

The house sold for more than $13 million, and Malin began marketing air as a health-and-wellness amenity, the same way builders of yore pitched hot tubs or home gyms.

Malin was early, but the world is catching up. Increasingly, the atmosphere is palpably dangerous. California is burning through the grand finale of its worst fire decade on record, with smoke clouds choking most of the state for much of the last month. The next decade is likely to be worse, as climate change steadily cooks the West Coast. A deadly pandemic is lingering in the air, keeping people cooped up at home, or anxiously thinking about aerosols and air flow whenever they venture outdoors.

For buyers at the upper reaches of the real estate market, peace of mind can be purchased in the form of deluxe air filtration systems that keep the world at bay.

Carl Gambino, a luxury real estate agent with Compass in Los Angeles, said that his clients had started bringing up clean air as a must-have amenity in the last year. “Suddenly it’s a topic of conversation,” Gambino said. For two of his biggest recent sales — a $14.1-million house in the San Fernando Valley and a $23.5-million house in Brentwood — he said deluxe filtration systems helped seal the deal.

Gambino says the luxury market as a whole has been hot during the pandemic, as wealthy clients perpetually stuck at home look to upgrade. “Now they’re always in their house, their kids are always in their house,” Gambino said. “So the thinking is, if they’re locked in and there’s a chance of fires or smoke,” they want the best filtration system money can buy.

At Delos, a home and office health consulting firm with an office and showroom on Wilshire Boulevard, demand for high-end air filtration tech has exploded.

“I think at this point now, you will not find one person in the developed world that doesn’t have some awareness of indoor air quality and the risks and challenges there, particularly with this global pandemic,” said Delos Chief Executive Paul Scialla. “The learning curve has literally evaporated.”

But the comfort of luxury air doesn’t come cheap. On a recent 12,000-square-foot project that Malin worked on in the Bay Area, the cost of the ventilation system alone ran to nearly $200,000 — and the sensors, pipes, fans and filters were only half of the equation.

Good air begins at the foundation, Malin said, which must be sealed against radon or any other gases that could percolate up from the earth (a problem in a Bay Area rife with Superfund sites) and ventilated through the concrete to remove any that might still accumulate. The interior of one of his houses is built with materials that minimize off-gassing — paint and insulation are the most common risks. Weather stripping and tight construction seal the house up, and in some cases it’s coated with an additional protective membrane.

Ventilation is key. When possible, Malin said, his company builds piping that sucks air from laundry rooms, trash areas and even under the kitchen sink, so that any potential source of toxicity is neutralized and replaced with fresh air piped in from outside (when the air outside is fresh).

Malin’s projects use heat recovery ventilators: Systems that monitor conditions inside and outside the house, then activate vents and fans to keep the temperature stable with a minimum of energy expenditure. “Our homes change the air anywhere from eight to 12 times a day,” Malin said, and all that air is run through a MERV-13 filter to capture airborne particles.

A recent listing from Dvele, a high-end prefab home builder, advertises “efficient 24/7 air filtration” and “solar and battery backup systems” for a $1.2-million house in Santa Rosa. The company is offering discount pricing for fire victims looking to rebuild in the area, which was burned to the ground in the 2017 Tubbs fire.

Brandon Weiss, chief innovation officer at Dvele, said prefabricating houses gives them an advantage when it comes to ventilation control. The clean assembly environment ensures no moisture or contaminants get into the house as it’s built. “We have an airtight building envelope which doesn’t allow contaminants to get in,” Weiss said. “The ventilation system is the only connection from the outdoor to indoor environment, which gives us more control.”

Dvele’s homes are equipped with ventilation systems similar in design to Malin’s, with constant airflow out of areas that might produce moisture or particulate matter — kitchens, bathrooms, laundry rooms — and into the rest of the house, passing through MERV-15 filters en route. A separate ventilation system in the garage goes into overdrive to create negative pressure when a car pulls in, ensuring that exhaust and outside air don’t leak into the house.

More recent Dvele models are also equipped with indoor and outdoor sensors, Weiss said, which let residents monitor air quality and allow the system to react dynamically to contaminants. He said that the house’s eco-conscious features also feed into maintaining healthy air: Without the solar and battery backup, the ventilation system would be useless during the blackouts that often accompany dire fire scenarios.

Real estate has capitalized on rarefied air in the past — Los Angeles itself was populated on the promise of healthier lungs. In the late 1800s, the quality of the mild air brought so many consumptive Easterners to the area that out-of-state newspapers started calling the region “sanatarium and fruit country.”

But once polluting heavy industry and millions of cars arrived in the state, the price of clean air became bundled into the cost of real estate. The working class lived close to the factories, ports and highways, the middle class filled in the flats and suburban valleys, while bosses lived in the hills above the coughing crowds.

The result has been an unequal distribution of bad air for decades. “We see quite a consistent pattern that Black and Latinx people are exposed to higher levels of air pollution, particularly localized pollution,” said Michael Jerrett, professor and chair of the Department of Environmental Health Sciences in the Fielding School of Public Health at UCLA.

In some ways, the pandemic and the fires are playing out in the same old grooves. COVID-19 has disproportionately killed poor, Black and brown people, and a UCLA study from 2016 found that even wildfires spark more acute illness in low-income areas when smoke blankets the basin.

Even outside the luxury market, however, recent state regulations have ensured newly constructed homes enjoy somewhat better air quality than in the past.

Since 2010, California has required all new homes to be built with a mechanical ventilation system — with a filter — to circulate air, regardless of whether the house has central heating or cooling. According to one scientist who helped draft the new standards, the change came about in response to a mounting body of scientific research showing that unventilated indoor air poses a major health hazard.

“A lot of people like to think that outdoor air is worse,” said Max Sherman, a former scientist at the Lawrence Berkeley National Laboratory and active member of the American Society of Heating, Refrigerating, and Air-Conditioning Engineers. But outside of wildfire scenarios, “indoor air is almost always worse because we generate a lot of emissions indoors.”

Plastics and cleaning chemicals emit fumes, gas stoves and furnaces spit off combustion byproducts, and cooking itself can create dangerous levels of small particles — especially in the 2.5 micron scale, the same type of particle afflicting Californians’ lungs during wildfire season.

The 2010 regulations in California required house ventilation systems to have only a flimsy filter mounted at the intake, on the principle that diluting the air inside was enough to improve the atmosphere, and the filter was there to prevent the system from getting gunked up.

Just last year, however, the state body that oversees building regulations upped the standard. As of Jan. 1, new buildings in the state have been required to have a MERV-13 filter — the same as the filters in many deluxe systems.

Sherman said that the new systems aren’t always used properly. In a study, he found that a number of California homeowners didn’t realize their new homes had a powered ventilation system at all and often accidentally turned them off.

Sherman himself lives in a Bay Area home from the 1960s that he’s refitted with a mechanical ventilation system, although he hasn’t gone through the process of sealing up all the cracks and drafts endemic to older California homes. On the day he spoke with The Times, the air quality index in his area was a moderate 80; indoors, with his system blowing air through a MERV-13 filter, it was a crisp 8.

For the majority of Californians who live in older, unventilated housing, Sherman said, sticking with an affordable portable air filter is the best bet. “You can put one in the room you’re gonna spend most of your time in and make a cleaner zone for yourself,” he said.