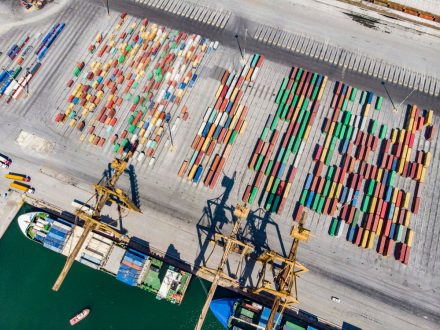 An ‘Action Line’ service set up to report the illegal trade of refrigerant, which has received 280 calls so far, is to be expanded.

The European FluoroCarbons Technical Committee (EFCTC) is in the process of making its action line service available to an expanded number of languages in order to increase industry feedback on the scale of black market refrigerant sales.

The addition of wider language support is being planned at the same time as further F-Gas quota restrictions are set to come into effect on 1 January.  Earlier this year, the first F-Gas service bans were also implemented. These will directly impact cooling systems containing more than 10 kg of R404A.

He said, “There has been a reduction in activity during January and February followed by a rapid pick up during March and April.”

“We would anticipate an increase in illegal trade as companies prepare for the 1 January 2021 reduction in the quotas available under the F-Gas Regulation. If this is the case, we would expect to see an increase in the reports to the Action Line.”

Dr Campbell added that the hundreds of reports submitted to the Action Line since it was launched have provided insight and information on suspicious or illegal activities that might otherwise have gone unnoticed.

He said, “The reports and the sources of information received on the Action Line remain confidential and are analysed by an independent consultancy financed by EFCTC.”

“People also have the option to send in a report anonymously. Where appropriate, the details, including names and quantities are shared by them with EU agencies.”

EFCTC has argued that the European Commission and various member states were increasing efforts to restrict the illegal trade of HFC products amidst ongoing concerns about the unknown scale of black-market refrigerant in Europe.

Dr Campbell pointed to the ongoing work of customs agencies as an example of work already underway to try and limit smuggling.

This has included the recent reported seizure of 14 tonnes of illegals HFCs in Rotterdam.

Dr Campbell said that an EFCTC working group was now in the process of analysing the existing F-Gas regulation to help steer an ongoing review of the legislation.  It is anticipated across industry that the review will result in changes to the existing F-Gas targets and quotas, with a formal proposal of the review set to be released later in 2021.

Initiatives to strengthen how the legislation is enforced are expected to be an important part of any proposals for reform, according to Dr Campbell.

He said, “In the ‘roadmap’ for this review, which was published at the end of June, the European Commission confirmed that the lack of enforcement is a serious issue that needs to be tackled.”

“We anticipate that the proposal will include better control of the transit of HFCs into and out of the EU plus more harmonised and dissuasive penalties. We would expect, and are seeing, member states taking action now to stop illegal imports that are having both a severe economic impact on legitimate players in the market as well as on the environment.”

The EFCTC has warned that illegally imported HFC products will be finding their way into all sectors of the industry, from air conditioning and commercial and industrial refrigeration and heat pump use.

Dr Campbell said that a special microsite had been launched in collaboration with the European Commission and its member sites to raise awareness about black market refrigerant.

He said, “The microsite has all the most recent information on the issue of illegal HFCs, its climate impact and what we can do to tackle it. With this clear and transparent communication, EFCTC also wants to stimulate the collaboration among industry, EU institutions, associations and Member States.”