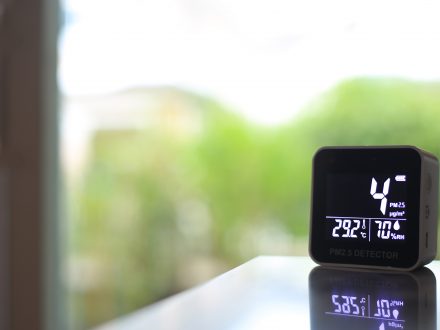 The global reach of the Covid-19 pandemic must serve as a vital opportunity to build public and industry awareness about the need to deliver better indoor air quality in classrooms and homes, an industry debate has heard.

Several industry experts brought together for a special BESA webinar considering air quality in schools noted that a range of different technical approaches and disciplines – ranging from air purification to air handling - will be needed to address issues of airborne contaminants and energy efficiency.  This was expected to impact decisions not only on air flow, but the role of monitoring of different health and comfort factors in a building.

The webinar has been held the same week as the BBC reported that the World Health Organisation (WHO) has accepted that there was growing evidence to suggest a link between the airborne transmission of the coronavirus through tiny particles suspended in the air.  A WHO official confirmed to journalists that the risk of the virus being transmitted via air should not be ruled out in “crowded, closed or poorly ventilated settings.”

While scientific research into the airborne spread of the virus and how it may linger in air is inconclusive, an open letter from researchers and academics that is reportedly set to be published in a journal this week urges authorities such as the WHO to adopt a more precautionary approach to IAQ and infection risk.

The response from HVACR specialists on defining best practice for air handling units and other technologies during the pandemic has been to ensure that systems are run fully on external air, as opposed to recirculating supply already in a building.

Douglas Booker, chief executive of monitoring technology specialists the National Air Quality Testing Services (NAQTS), told BESA that he welcomed efforts by various industry bodies such as ASHRAE in the US, REVHA in Europe and CIBSE for providing simple, easy to understands advice on reducing airborne transmission risk.

Mr Booker said that a majority of the advice given to building managers since March was based on the idea of providing a shorter-term response to potential air quality risks and the need to provide constant changes of air.  However, in the long-term, questions remain about how air movement can be balanced with energy efficient, safe and sustainable buildings.

He said, “Now that we know we are probably going to be living with Covid-19 for a while, we will need to take a bit more of a holistic, balanced approach.”

Mr Booker added that he favoured REVHA’s current approach of limiting exposure to potential airborne contamination based on the principle of, ‘as low as reasonably achievable’ (ALARA).

He said, “I think ‘reasonably achievable ‘is going to be the most important part of that sentence.”

NAQTS, which is collocated with Lancaster University’s environment Centre, noted that there was a range of options available to mitigate any potential contamination risk in enclosed spaces that include schools. The organisation said it would be down to individual building operators to assess the most appropriate option for them.

Mr Booker said that the pandemic could therefore be a critical moment for air quality.  He said, “If a global pandemic, which has forced us to spend almost all of our time indoors, cannot change the public consciousness about the significance of the air we breathe inside, I’m not sure what will.”

However, he said he remained optimistic about a range of new approaches likely to emerge around how buildings are managed concerning issues such as air quality.

This would have implications for building engineers, Mr Booker said.

He added, “I think there is going to be more of a call for designing, installing and verifying these HVAC systems to look at balancing energy efficiency goals with things like comfort factors, whether that is temperatures inside the building, relative humidity or air quality.”

The webinar also discussed the issue of air purification technologies and their potential role as an energy efficient alternative to running a system fully on external air to limit possible contamination in enclosed spaces.

Nathan Wood, managing director of ventilation specialists Farmwood and Chair of BESA’s Health and Wellbeing in Buildings Group, said that he saw no one single silver bullet approach as being preferable to clean air.  A range of purification technologies could therefore play a role to tackle the challenges of poor air quality and hygiene posed by Covid-19.

As an M&E specialist, Mr Wood said he had experience with a range of technologies such as humidification, bi-polar ionisation and High Efficiency Particulate Air (HEPA) systems.  Any decision on which solution should be introduced would therefore depend on the unique factors of a building or project.

He said, “I think it’s a collaboration of different technologies dependant on the application.”

Mr Wood said his company were receiving a lot of calls from schools and colleges that were focusing on bolting on large HEPA filters onto existing systems, without accounting for the operational impacts.

He added, “A lot of systems will need upgrading, they can’t take that resistance of the HEPA, even very efficient systems.”

“But certainly, I do see a massive shift in clean air technology and people have adapted it and are running with it.”

Any wide-scale use of such technologies would require revised legislation and standards to ensure effective implementation in buildings, according to Mr Wood.

He said, “Certainly, there needs to be some clear guidance and best practice put forward, because unfortunately, standards take so long to come forward in order to settle peoples’ minds before they jump on.”

“But as Dame Judith Hackitt said, ‘We need to take risks with new technology’. I think we do need to listen to those wise words.”

Mr Woods was also asked by webinar host Graeme Fox, the head of certification body Refcom, whether air purification technologies should be considered alongside the use of special cleaning process or chemical treatments.

He argued that in the case of using surface cleaners and products in a school environment, particularly several times in a day during the current pandemic, the impact of having higher concentrations of chemical particles in the air during class time would also need to be considered.

Mr Woods said, “My concern is that there will be the use of stronger concentrations of some cleaning products -  schools may not be able to afford new products and are normally stuck with a limited range -  and its that cleaning that can add to pollution in doors and lead to secondary pollutants.

Graeme Fox asked the panel during the debate whether air conditioning should be considered an important solution, or part of the problem, when it came to airborne pathogens and infection risks in a building.

The role of air conditioning systems has been put under a media spotlight in recent months.  This was the result of some research on what impacts such systems and how they are used plays in spreading the virus or potentially diffusing air that could be a source of infection.

A high-profile example was around the initial dissemination of research into a restaurant in China’s Guangdong province that was tied to a previous outbreak of the virus. The study, which has come under a wide amount of scrutiny over its conclusions about AC circulating contaminating air in an enclosed and poorly ventilated area, was disseminated via social media and online channels with a range of different conclusions.

Nathan Wood said that in looking at the study, he said there were clearly a number of factors that led to the spread of the virus in the restaurant.  He said, “There was no mechanical ventilation, other than the recirculation of the air conditioning system.”

“I think there were systems present, but they were not working. Even in the toilets, there was no operational ventilation. So certainly, in a restaurant with no external windows, as far as I’m aware, and no mechanical ventilation, if it wasn’t Covid that got to people, it was going to be something else.”

Mr Wood suggested that if monitoring technologies had been used in the property, it would have been likely there was high levels of CO2 present in the atmosphere.

He added, “It wasn’t necessarily the air conditioning, it was the mechanical movement of air in an enclosed space that led to the spread of Covid-19.  That’s my take on it”

Mr Booker said, based on his expertise of monitoring and capturing air quality factors, that he was hesitant on pushing the concept of a silver bullet solution to tackle contaminants or find a scapegoat to pin failings on.

He argued that it was possible air conditioning could create problems in some situations, but should not be considered a danger in general when considering airborne contaminants.

Mr Booker said, “I think it needs to come under a broader discussion about how we operate and move through buildings.”

He said that aerosol transmission would be only one part of a solution to managing Covid-19 in buildings alongside considerations such as surface cleaning and social distancing.