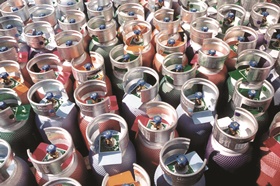 European Cooling Association AREA said it may consider campaigning for alternative refrigerants to be made a formal part of European training and certification standards that underpin the F-Gas framework.

AREA’s Olivier Janin has said that introducing such a change into refrigerant policy would be an important step to ensure a more uniform approach to how individuals handle refrigerants. This was particularly the case with regard to having the right skills to work with natural refrigerant and other lower GWP products.

He said, “In our eyes, this is the only way to provide a European approach that would be the same across all member states and not have the many different national approaches that is the case now. We know that some countries have rolled out some programmes for alternatives and others haven’t.”

Mr Janin said that there was no guarantee that training changes may be introduced to the next iteration of the F-Gas registration, which is shortly to be review by authorities. Howveer, he stressed that the likelihood of introducing stricter European training requirements in the current market seemed more likely than a few years ago due to the revised environmental objectives of the European Commission.

He said, “We need to make sure that there are sufficiently trained operatives in order to have a successful phase down of F-Gas.

Mr Janin said that AREA had initially pushed during the European Commission’s previous review and revision of the F-Gas targets to have alternative refrigerants subject to training and certification requirements as a matter of law.  These calls were rejected at the time owing to member state pressure over concerns about the costs of a mandatory training regime for the sector, he added.

Mr Janin said that the initial rejection of these formal had arguably led to the development of the ‘REAL Alternatives 4 LIFE’ project that offers guidance and resources on assessing health and operational requirements of moving to new gas.

The claims were made as part of a special webinar held to detail progress and challenges concerning the expansion of REAL Alternatives 4 LIFE both across Europe and further afield.

Experts from across the European cooling sector were also involved in the webinar, such the UK-based Institute of Refrigeration (IOR).

Miriam Rodway, chief executive of the IOR, said that the Real Alternatives project has been vital to help industry with the complexities of switching to new lower GWP refrigerants that have their own unique properties and safety risks, such as introducing some level of flammability or toxicity.

Ms Rodway said that the project was introduced with the aim to address inconsistencies in the guidance and expertise available in different countries in both the EU and internationally.

She said that the project had initially focused on addressing issues such as system leakage, before evolving into an education programme and also about improving and sharing knowledge on the use of alternative refrigerants.

Ms Rodway added, “More recently REAL Alternatives 4 LIFE is a project all about practical training capacity, so taking knowledge on how alternative products work and turning it into a training programme and then rolling it out.”